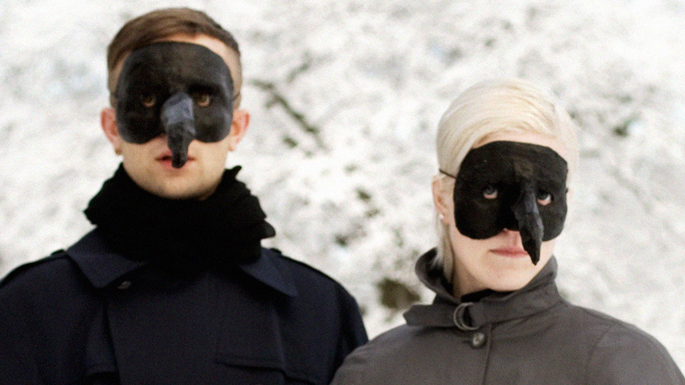 Long notorious for their political leanings (check their bizarre manifesto from last year’s album launch) The Knife are now set to move into political activism.

It makes sense really, given the duo’s history, and they will be collaborating art collective Ful to establish Europa Europa, an “anti-national cabaret.” The themes are primarily based around Sweden and the wider EU’s oppressive immigration and asylum policies, and The Knife are writing the music for the cabaret, which is reported by Pitchfork to be debuting at Visby in Sweden on July 1 before moving elsewhere.

There’s a glut of information (in Swedish, of course) over at the Europa Europa website, which reveals that the performers (along with The Knife) will be Bahareh Razekh Ahmadi, Ellen Nyman, Maya Hald, and Rani Nair, and that the show is written and directed by Nasim Aghili. It also sheds some light on the group’s cause, revealing their plan to “highlight the human rights abuses that Sweden and the EU commits every day through the common asylum and migration policy.”