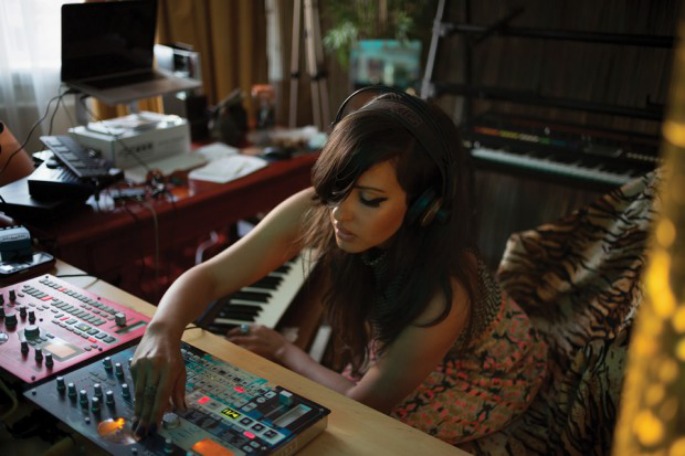 Analogue eccentric and Rush Hour regular Xosar has announced her first show in the UK, bringing her live set to London for a night hosted by ReviveHER.

The event is part of a series of loft parties at StudioWHO, a new space at Mother Studios in east London, which kicks off on March 29 with Let’s Play House boss Jacques Renault and New Yorkers Rub N Tug.

Xosar appears a week later on May 2 as part of a Rush Hour night featuring Antal and San Proper, and on May 30 it’s Outboxx, Mad Mats and Tooli plus a live set from Kyodai. ReviveHER residents Bi-Bop, Nick and Will Best will play each night. Grab tickets via RA.

Last year Xosar delivered a trio of 12″s for Rush Hour, Creme Organization and Ensemble, and hooked up with her partner-in-crime Legowelt for a three-track release under their joint alias Xamiga.