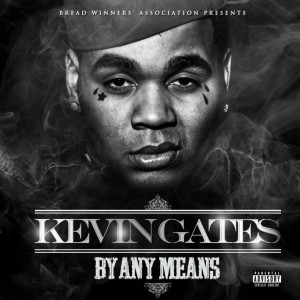 It can be difficult to defend contemporary rap music to an older (and supposedly, wiser) set of listeners still defensive of an art form that, in the past, lived and died on a deep understanding of “the elements.” All too often, heated arguments end with a shrug and a side-eye to the critic comparing Public Enemy’s ‘Fight the Power’ to Migos ‘Versace’, and what can honestly be said in defense? Even Chris Rock would struggle to maintain the value of “My money, my mission/two bitches they kissing” in the face of Chuck D’s “Most of my heroes don’t appear on no stamps.”

It can be surprising then, when a rapper manages to act as a bridge between the classic and the contemporary without sounding hackneyed or shallow. While Joey Bada$$ and Bishop Nehru’s dexterous, respectful verses and reverent production choices elicit fond memories of a golden age long gone, it’s tough to take them seriously as part of any wider conversation. They are to Gang Starr and DOOM what Oasis and Coldplay are to The Beatles and Radiohead, and while that’s not necessarily a bad thing, it’s hardly something to get excited about.

Baton Rouge’s Kevin Gates, on the other hand, manages to blend that dearly-prized lyricism and crucial storytelling with the raw emotion and club-ready punch that’s crucial for the tracks to maintain any existence outside of a few bloggers’ laptop speakers, and never once sounds as if he’s trying to labor the point. He’s got far more to say than your average mixtape rapper, but manages to mask the complexity of his rhymes beneath a veneer of bass-heavy production and radio-friendly hooks. ‘Homicide’ might boast a shout of “shoot ‘em up,” but beginning on the throwaway (and decidedly anti-macho) “I’m not the strongest man in the world,” it quickly descends into a hoarse-voiced tale of bastard children and close friends lost to commonplace (and unavoidable) street violence.

By Any Means follows an impeccable 2013 run, and while it might lack some of the bloodied grit of The Luca Brasi Story and the accomplished lilt of Stranger Than Fiction it is in no way a step backwards. It feels, instead, as if Gates is placing himself directly within spitting distance of rap’s coveted upper ranks. Production-wise, the album sounds as if it could have easily slipped from any number of top tier rap labels, yet with Gates at the helm, the journey is deeper, darker and far more invigorating than anything from the last couple of years with a Rozay, Em or Hov co-sign.

‘Movie’ might be the finest example of this, as Gates talks frankly about watching his child’s birth over FaceTime (“watchin’ on the iPhone/thought that it was a boy/thinking I gotta get home/catch a flight to New Orleans,”) over a backdrop of silky smooth synthesizer pads and canned piano that may as well have been snatched from a Bruce Hornsby record. Where other rappers (and indeed nu-r’n’b crooners) have floundered under the harsh light of such pristine production, Gates’ narcotic tone buoys the track with a haunting resonance that practically demands repeat plays, offsetting the luxurious scenery with his signature diesel-voiced melancholia.

It’s hard to tell whether 2014 will be the year when Kevin Gates truly breaks out into the wider world, but with another stunning full-length under his belt and The Luca Brasi Story 2 finished and due out any minute, surely the stage is set for the Baton Rouge original to take his throne. Whether the backpack-clad old guard will take notice, it’s hard to tell, but they can keep their dusty Primo rehashes – Gates is the truth.