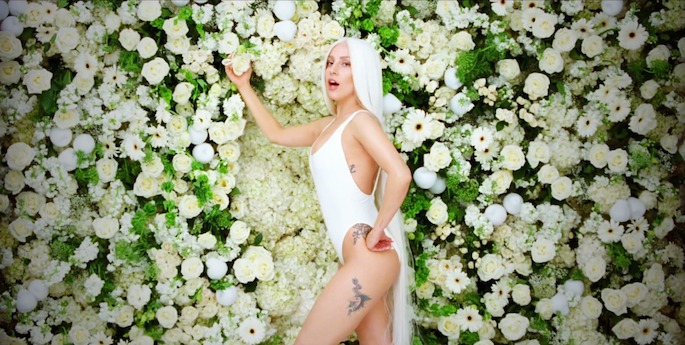 Lady Gaga spared no expense in her video for the gender-bending ‘G.U.Y.’, shooting a predictably over-the-top production at California’s Hearst Castle (the inspiration for Citizen Kane‘s Xanadu).

The mythology-heavy clip follows Gaga the fallen angel as she dances her way through various set pieces and defeats hordes of marauding suits with her legion of Adonises, synchronized swimmers, the cast of the Real Housewives of Beverly Hills, and the resurrected Jesus Christ, Mahatma Gandhi and Michael Jackson. Naturally.

No word on how much the seven-minute (plus four minutes of credits) clip cost, but Gaga reportedly paid over $250,000 in donations and fees alone to make it happen. Too bad the whole thing seems relatively tame after she was spit roasted and puked on at SXSW. For more Gaga, FACT’s Joe Muggs tackled the disappointing ARTPOP in his review.