The FACT playlist: Our 10 picks of the week 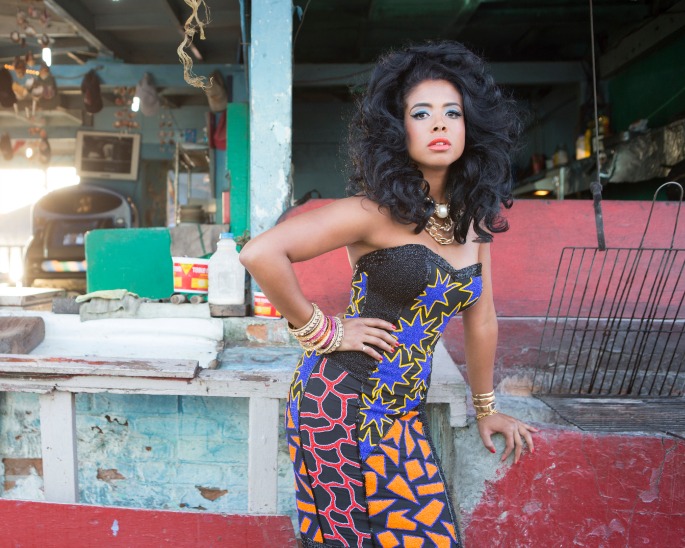 Every weekend we post a rundown of the music – old and new – we’ve been enjoying in our UK and US offices that week.

A highlight of Velez’s carpet bomb campaign of releases over the next six months or so, Ausland does a lovely line in humid, fern-strewn hardware techno – and nicely complements his much sterner Territories LP for L.I.E.S.

Despite the handclaps and jump-rope chants, Merrill Garbus’ third full-length is more impenetrable on first listen than her rightly lauded 2012 album Whokill. Frighteningly original and often baffling – look out for the cannibal-themed story time interlude.

Anderson’s recent After Forever is simply too furtive for its own good, only occasionally touching the psychedelic heights of his best 12″s. ‘It’s A Choice’, though, stands out a country mile – a fantastically paranoid piece of bummed-out techno, underscored by a drone ostinato reminiscent of Nurse With Wound’s Soliloquy For Lillith. Dub techno for the tinfoil hat crew.

Kevin Gates – By Any Means

Yeah yeah, it’s another Kevin Gates mixtape, but trust us when we tell you it’s just as worthy of attention as last year’s pair of acclaimed full-lengths. We can’t help but respect that fact that Gates shoehorns his narcotic flow into tracks that might as well be soft rock. Kudos.

While we didn’t get to sample her jerk ribs or confit duck sliders while staking out Kelis’s Food truck at SXSW, it hasn’t made us any less eager to nibble on the album. As expected, it’s her most unashamedly jazzy full-length to date, and while the food references are tenuous at best, it sure is tasty (rather than Tasty, ahem).

The Hague’s second-most eccentric analogue club wizard turns in a “freaky live recording made 2day from a sheetless mattress on the ground next 2 the heater”. Delightfully foggy.

The West Coast rides again on the mostly-Mustard-produced debut from Compton gangbanger YG, a guy who raps like it’s ’92 (complete with unfortunate “bitches ain’t shit” shtick) on this ratchet hit parade. Still more fun than Oxymoron, though.

The debut album from Loops Haunt is a beautifully abstract and evocative listen, the kind of album that deserves time, repeated listens and a willingness to see beyond genres.

15 years on the beats for Lootpack’s first album, all produced by Madlib, have stood the test of time. Dusty and bizarre as their creator, Soundpieces The Instrumentals are worth (re)discovering time and again.