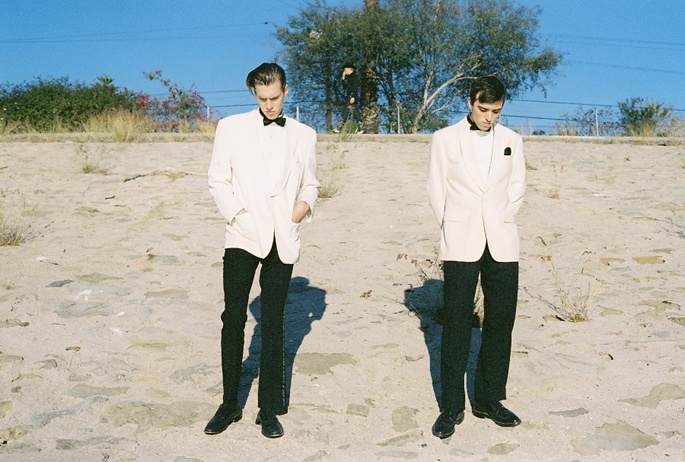 Copenhagen’s Hannes Norrvide rides again with his third Sacred Bones album in as many years.

Norrvide’s work as Lust For Youth has always been firmly situated on the darker end of the lo-fi goth spectrum – see 2012’s modest breakthough Growing Seeds, and its grouchy 2013 follow-up, Perfect View. In June, Sacred Bones will put out the new Lust For Youth album, International – and it’s all change, it seems.

The new album sees Lust For Youth trading as a three-piece, with regular collaborator Loke Rahbek and Malthe Fisher joining the outfit in earnest. The darker-than-thou aesthetic has also been junked in favour of straightforward, airy electro-pop, with Pet Shop Boys and New Order being touted as influences.

According to Rahbek, “the record deals with the rootless, sometimes almost inhuman, nature of traveling and touring. Hotel rooms and strangers’ beds, drugs and clubs, and the impossibility of living a regular life.”

International will touch down on June 10 through Sacred Bones; hear them scrub up on album opener ‘Epoetin Alfa’ below. A deluxe version of the album will also be available, featuring a supplementary cassette of remixes from the likes of Helm, Cult Of Youth, Silent Servant and more.