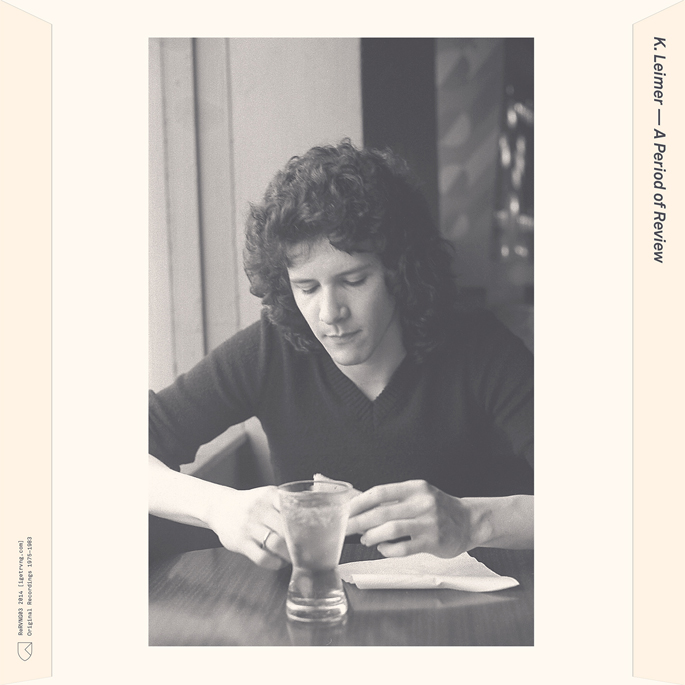 You might not have come across K. Leimer before, but don’t let that deter you.

His interest in music was piqued while he was growing up in Seattle in the early 70s, and had his musical ideas challenged by Can, Neu! and most tellingly Cluster. Realizing he didn’t need classical musical training to start experimenting with recording methods, he acquired a studio’s worth of cheap gear (including a Micromoog and a tape machine) and began to sketch out tracks.

Inspired also by Robert Fripp and Brian Eno’s then brand-new looping techniques, Leimer developed a distinct style of experimental ambient music which he showcased on a slew of cassettes, released on his own Palace of Lights imprint. Brooklyn’s RVNG team have now painstakingly compiled some of Leimer’s most outstanding unheard compositions into A Period of Review – a mammoth compendium spanning the period of 1975-1983.

‘Gisella’ is the first snippet to emerge from the set, and wedges Leimer’s distinctive synthwork in-between tape-saturated wafts of piano. It’s warming, gorgeous stuff – just the kind of music that should help usher in the springtime.