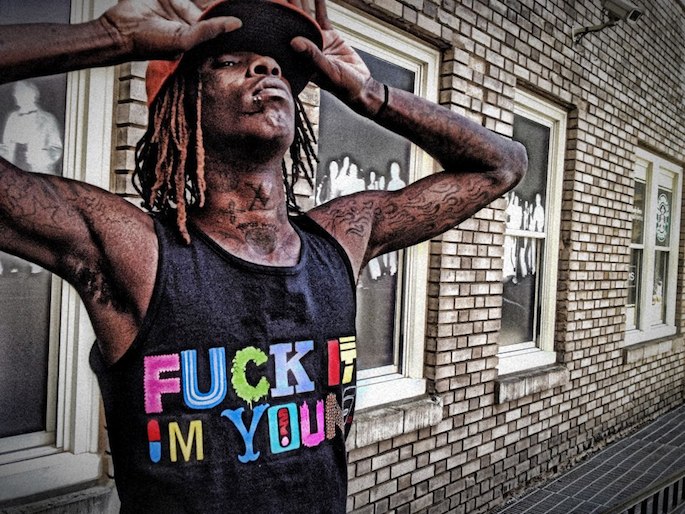 Since breaking through last year, Young Thug‘s label affiliation has been a question of debate. At various points, he’s claimed to have a deal with Gucci Mane’s 1017 Brick Squad, Future’s Epic imprint Freebandz, and most recently with Birdman’s Cash Money.

It turns out his contract situation is even more complicated: BuzzFeed’s Naomi Zeichner has done some stellar investigating, bringing to light how major labels and up-and-coming rappers do business in 2014.

In March 2013, Young Thug signed a production deal with 1017 Brick Squad, which possibly covered the exclusive rights to his recording masters, videos, artwork, and name. Then, when Gucci Mane returned to jail in September, Thug signed a deal with Atlantic Records imprint Artist Partners Group, who were unaware of his Brick Squad contract. Multiple sources say that Thug signed a “full-blown 360 deal” with APG — a contract allegedly worth $30,000 with just a $15,000 advance.

Late last year, Atlantic staffers discussed plans for Thug’s career, including an album called #HiTunes and “Grateful Dead-inspired” art for his smash hits ‘Stoner’ and ‘Danny Glover’. However, Thug — unhappy with his deal and his relationship with APG — has cut off all communication with the label. While still under contract, Birdman did come on as his manager in February, but Thug and the label are now in “limbo” and it unclear of how he’ll be able to renegotiate and get his career back on track.

Head over to BuzzFeed for the full piece — it’s required reading if you’re curious how major labels operate.