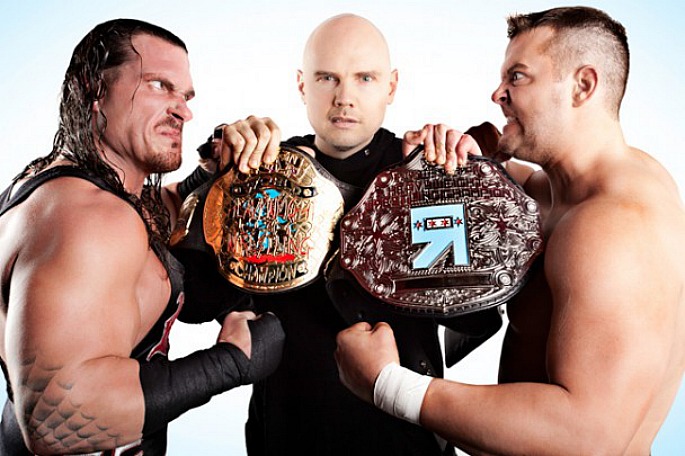 Keeping Up With The Corgans.

Rock veteran Billy Corgan has his fingers in an array of pies these days, supplementing his various musical ventures (including the two “epic” Smashing Pumpkins records pencilled in for 2015) with his very own wrestling league, Resistance Pro.

Now entertainment mag Variety reports that the US TV network AMC, home of Breaking Bad, is developing an unscripted reality show about the Chicago-based league, which Corgan founded with brothers Jacques and Gabe Baron back in 2011.

Currently billed as the “Untitled Billy Corgan Wrestling Project”, the show would see Corgan “pull back the curtains on the pro-wrestling world as he takes over creative direction for the independent wrestling company Resistance Pro.”

In the meantime Corgan will be working on his band’s two forthcoming albums, Monuments To An Elegy and Day For Night. Material from each day’s recording will be shared via ‘The Panopticon’, which would seem to be the new Smashing Pumpkins website.