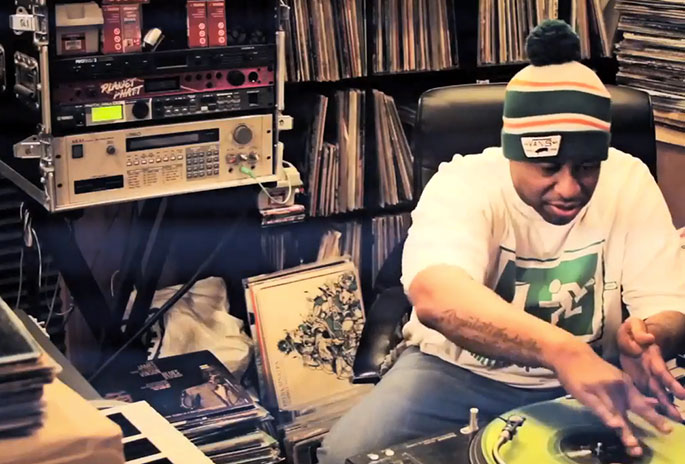 Here’s one for the rap history obsessives. DJ Premier speaks to Hip Hop Wired about the history of the legendary D&D Studios from a room in his HeadQcourterz that was transplanted as is following D&D’s closing in 2004.

For those unaware, D&D Studios is one of the most legendary hip hop studios in NYC hip hop history, immortalised in the 1995 12″ ‘1,2 Pass It’ by the D&D All Stars – Mad Lion, KRS ONE, Doug E Fresh, Fat Joe, Jeru Da Damaga and Smiff N Wessun.

Located on the west side of 37th Street, the studio saw the likes of Foxy Brown, Notorious B.I.G, Jay Z, Nas and many more record there. Founded by Douglas Grama and David Lotwin, the studio spun off a label of the same name that released music by QNC among others. Premier bought the studio from its owners before its closing.

The short video sees the DJ and producer discuss the historical significance of D&D to the NYC rap scene as well as recount stories of the making of tracks from Gangstarr’s Hard To Earn album.