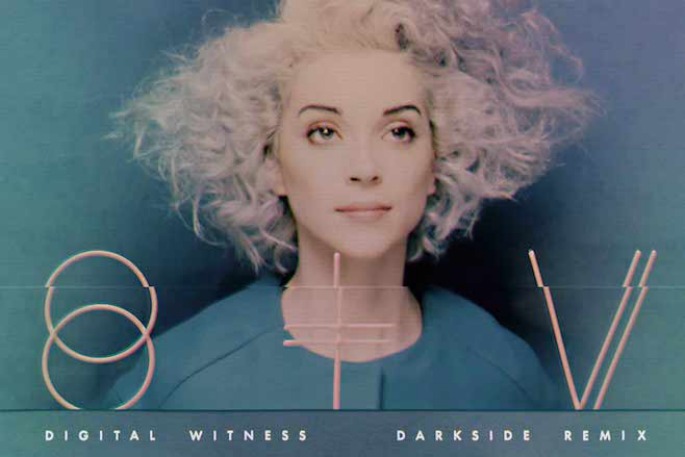 Moody dance act Darkside have taken their remixing tools to ‘Digital Witness’, a single from the latest album by the increasingly electrifying pop innovator St Vincent.

Firming up the bass and adding a solid 4/4 bounce underneath, the duo pitch-shift Annie Clark’s voice into some spookily androgynous shapes, recalling the gender-ambiguous experiments of Planningtorock and The Knife.

Head to the website of Jaar’s Other People imprint to hear the remix – the player is in the top right corner.

Earlier in the year Darkside pitched camp on a New York rooftop for a Boiler Room show featuring songs from their debut album Psychic, which FACT’s Maya Kalev described as “brimming with ideas, instruments, sounds and influences that, against all logic, actually work.” [via Pitchfork]