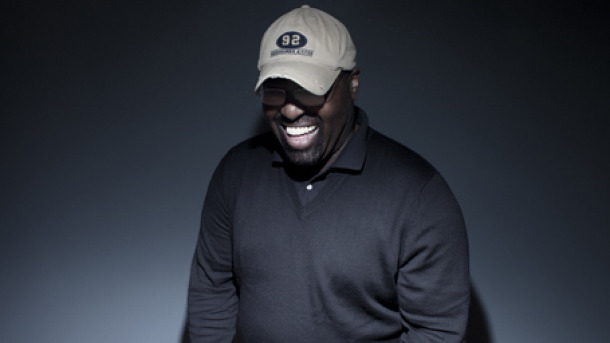 Following the Chicago house original’s death this week, there’s a campaign to get ‘Your Love’, Frankie Knuckles‘ classic single with Jamie Principle, to #1.

The song can be bought here. Whether that’s the best way to pay tribute to Knuckles, of course, is up for dispute: in an interview last year, he explained that “I have no relationship with Trax Records [who released ‘Your Love’].

“Anytime I got some new product coming out they try and piggyback on whatever that it is that I’m doing to try and make whatever they can make off of it. They’re barnacles.”

Trax, it should be added, has undergone several changes in terms of personnel over the years (and last year’s Traxbox was released by Harmless), but Knuckles does seem keen to avoid any association with them in the aforementioned interview.

Update: As pointed out on Twitter, the campaign to get ‘Your Love’ to #1 has now been changed to point people to Noctural Groove’s reissue of the track, rather than Trax’s.

The dance music world and beyond has been in mourning since Knuckles’ death was announced this week, with the mayor of Chicago one of the latest to pay tribute.

“Today, Chicago says goodbye to one of its most treasured cultural pioneers, Frankie Knuckles, the Godfather of House Music”, Rahm Emanuel said in a statement yesterday. “Over his long career Frankie made his way into the ranks of those artists and innovators who came to this city not just to contribute to a musical genre, but to create one themselves. In doing so, he also made his way into the hearts of those who knew him and the many more who followed his work.

“While the stretch of Jefferson Street between Monroe and Van Buren is officially known as “Frankie Knuckles Way”, all those who are part of the house music genre, no matter where they are from, walk along the path Frankie created. Our thoughts and prayers go to his family and friends, and our thanks for all the good times will always go to Frankie Knuckles.”

A gigantic archive of Frankie Knuckles mixes was launched this week, while RBMA have put together a playlist of 50 classics from the Warehouse, the club where Knuckles was a resident. There’s also a moving and informative comment from photographer and Warehouse member Jerry Boles in the comments section of our report on Knuckles death, we’ve re-posted it below.

As one of the original member of the US Studio The Warehouse located just a few block of the Sear Towers. This is where in my personal opinion where the genre “House Music” was originated and Frankie being the first DJ and consider the “House” DJ for the Warehouse. He created a following within the Underground Music World whereas people would come from all over just get up close and personal to see him turn the tables and create sounds never heard of before. Long time friend Robert Owens who also was an original member was discovered by Frankie and given a chance to exhibit skills. Frankie played a very significant role in elevated Mr. Owens’s career. During that time as with today DJ would include their nick names with their government for marketing purposes and how they were refer to: Frankie was refer as Frankie “Boom Boom” Knuckles because of his Boom Boom beats in the beginning of each mix or during the record extra breakdown with the beat per minutes structure of the a record. To understand that is to listed for segment a song whereas the singing stop and their is based structure for several seconds or more .. this is normally when the opportunity to blend a beat or add another beat of a different songs vocally and the transition is so smooth one will think it was originally recorded that way. Robert Owens was refer as “ET” extra terrestrial as his goal was taken you on a tour of space and encounter aliens. Each had their own techinuqe of spinning with sound effects such Storming Rain, Thunder, Lighting, A Woman Screaming in Horror House or even the incoming a Locomotive train. There was patron at the Warehouse would stand in the middle of the floor and holler “911” eventually that voice was included into some of the mixes . .. Frankie is legendary will be remembered for all he has done with this community

Jerry Boles Photography and Original House Member of the Warehouse