Watch the “fluffy chaos” of Ava Luna’s video for ‘Genesee’ 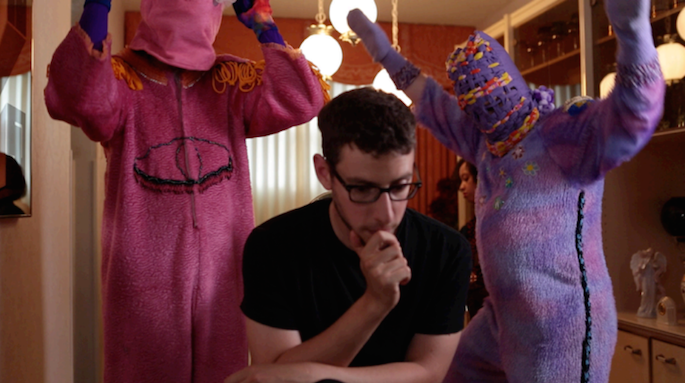 Plus, the New York avant-pop act heads to Europe.

Those gorgeous doo-wop harmonies and post-punk angularities are on display in ‘Genesee’, which now has a video. “Here at home, with its multitude of comforts, we’ve just sat down to pass away the afternoon,” they write in a statement. “But whose home? Beneath even the most mannered facade dances a masked, fluffy chaos.”

Watch the video below; it was produced and directed by Ava Luna’s Becca Kauffman with Courtney Powell and Ana Veselic. The band will hit Europe for a baker’s dozen of gigs starting later this month. FACT spoke with the band’s Carlos Hernandez and Ethan Bassford about their influences, their songwriting constraints, and the importance of vocal harmonies.