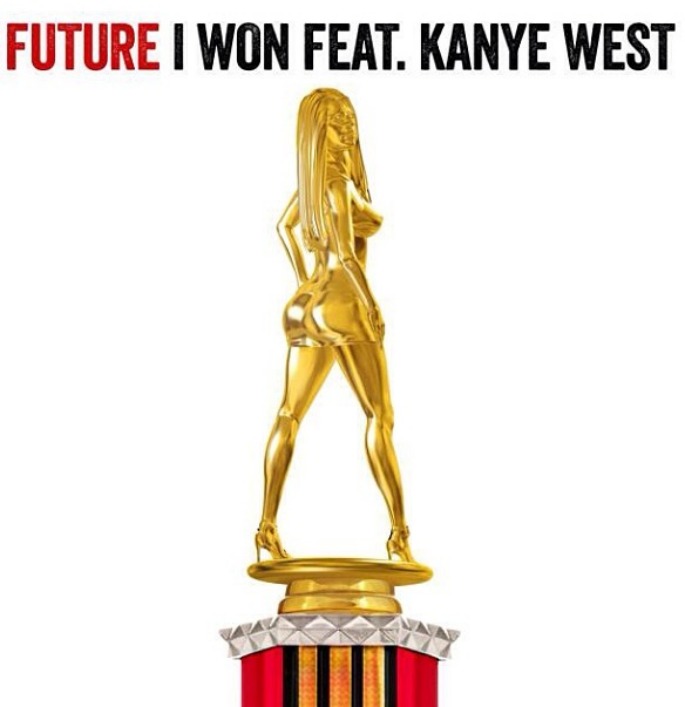 Another track from Future’s long-awaited Honest.

Future and Kanye West raise a glass to their respective (soon-to-be) wives on ‘I Won’, the latest cut from the former’s forthcoming album, praising Ciara and Kim as their “trophies” over Metro Boomin’s slushily romantic production.

Future comes off way more mushy and adoring than that sounds, although the awkward-o-meter reaches dangerously high levels when Kanye disses Kim’s previous beloveds, Kris Humphries and Reggie Bush: “I made it over NBA and NFL players, so every time I score it’s like the Super Bowl.” And the artwork!

Check it out below. Honest is due on April 22 and also features Young Scooter, Andre 3000, Lil Wayne and Wiz Khalifa, plus Pharrell and Pusha T on the stupidly good ‘Move That Dope’. Later this month Future will head out on his debut headline tour of the US.