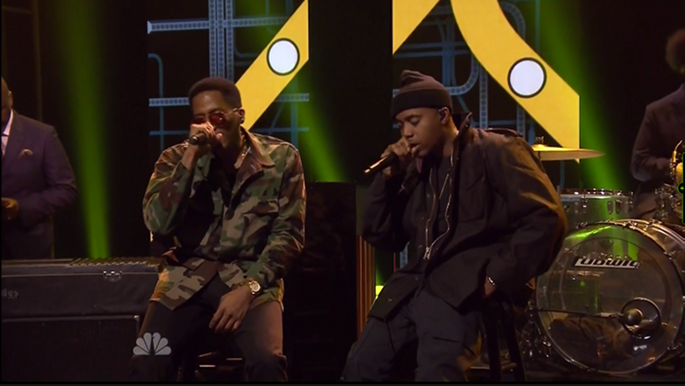 Last night, the rapper made an appearance on The Tonight Show Starring Jimmy Fallon. He used the opportunity to hook up with Fallon’s house band The Roots, performing Illmatic classic ‘One Love’. He also recorded a web exclusive version of ‘The World Is Yours’; rather brilliantly, both performances feature ‘One Love’ producer Q-Tip on hype man duty.

Peep below to enjoy both videos. Illmatic XX drops on April 15 through Sony Legacy. In July, Nas will perform Illmatic end-to-end at Lovebox Festival.