And this one time…the best Bandcamp releases of the month: April 2014 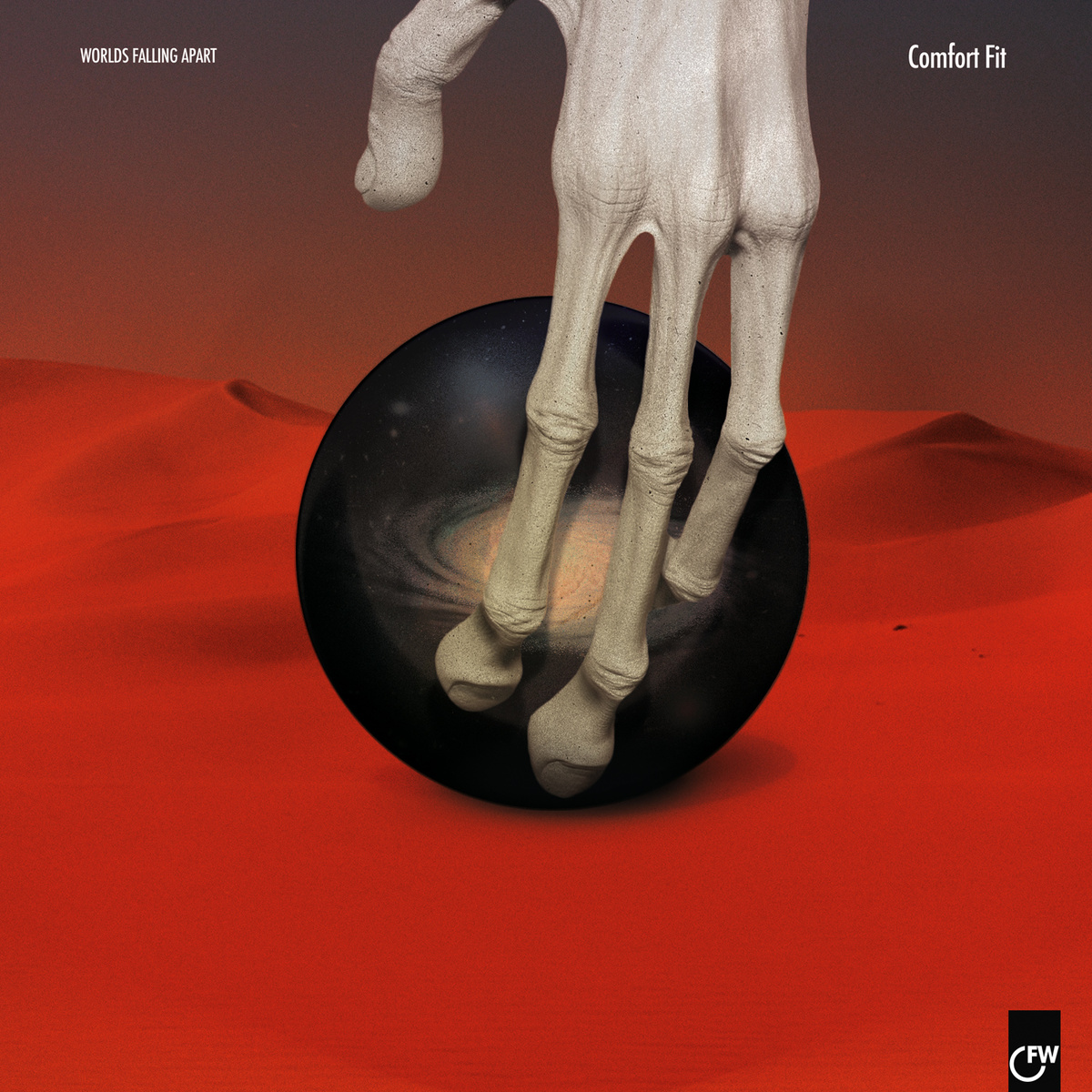 A few weeks back I wrote about the changes in the relationship between artist and label. The quick take-away from it was that, despite artists holding more power today than ever before, the importance of a label as a clearing house – a well-honed human filter, if you will – and its role behind the scenes cannot simply be dismissed.

Continuing the idea, I’ve decided to dedicate this month’s Bandcamp column to labels as opposed to specific releases. As a platform, Bandcamp has been equally attractive to artists and labels, increasingly positioning itself as just another distribution channel alongside iTunes, Amazon et al. Just as you’re likely to find artists publishing and selling their music directly to you via Bandcamp, you’re likely to encounter labels – old and new – uploading their entire catalogue to the platform. And, aside from dedicated shops like Boomkat or Juno, I don’t know of many other places online where you can freely browse label catalogues, stream full audio, and purchase without incurring a headache.

It’s clear that Bandcamp understands the growing power of its position, especially with regards to independent labels. It’s user-friendly (both for consumers to purchase and artists to set up), SEO-friendly (the way MySpace was in its heyday) and increasingly self-sufficient, with a weekly radio show, editorial features, and a curated fan-based social network-like side that feeds off the ever important concept of recommendation. All this considered, and accounting for the difficulties facing distributors, it’s hard not to see Bandcamp continuing to grow and becoming increasingly key to the survival of indie labels.

Equally, things could fall apart in the next few years if and when a new model for consumption and distribution fully implements itself – but the likelihood of that happening is thin. More likely is the potential for streaming to go fully mainstream and further push services like Bandcamp to the fringes of music fandom, where the more dedicated music consumers dwell. Equally likely is the possibility that a service like Spotify will one day allow you to press a ‘buy on Bandcamp’ button.

Being rather limited by both time and space, I’ve decided to hand pick seven labels that represent the breadth of what Bandcamp as to offer musically and in terms of geographical location, as well as a few personal favourites.

We start with Galleta – a self-described micro-label from Barcelona with a soft-spot for vinyl and cats (two things that, let’s face it, tend to go hand in hand.) They’ve just released a new album from Glue Kids [disclaimer: he’s an old friend from my Serie B days] that pulls from current populist tropes to paint a dark, cinematic picture of hip hop in the 2010s. The rest of the catalogue – which stretches back to 2005 – includes releases from a raft of Spanish artists situated firmly at the ‘have fun in the club’ end of things. There’s Nino, Bitcode, Diploide (the remixes of ‘Ven Con Nosotros a Ballar’ are pretty fun), and Strand. A good place to start is their 2013 compilation, Galletismo. Aside from one or two releases, everything on there is available in digital and physical formats, with a strong focus on limited edition runs of cassettes, vinyl, bags and the like.

Spanning hip hop, funk, soul, reggae and electronic oddities, the First Word label has quietly been doing its thing for a decade, and, after more than 70 releases, becoming something of a London institution in the process. Wearing their love of hip hop and related genres proudly, the label has put out albums from Kidkanevil, Lotek, Souleance, Tall Black Guy, Essa, Debian Blak, Yosi Horikawa, Homecut and more. Complete back catalogues like this offer a fascinating insight into the progression of a label, and its recurring artists, and there are plenty of physical releases too (when not sold out).

Note: I’d originally thought to include London’s One Handed Records as a personal favourite in this list, but then I remembered they’d stopped using their label page, instead opting to create artist specific pages. This is also a trick that First Word uses, although they maintain a central label-focused page – you’ll notice that each release points to an artists’ Bandcamp page rather than a First Word one. Considering the subject of my earlier piece on labels and artists, it’s an interesting and telling move.

If you’ve ever dug into the world of IDM, chances are you’ll have come across Schematic. Alongside other Miami-based labels such as Merck and Chocolate Industries (which also had a foot in the Midwest), Schematic founders Romulo del Castillo and Josh Kay helped cement the city as a North American hub for the genre-not-genre. Most famously the label debuted artists such as Richard Devine, Scott Herren, Push Button Objects and Otto Von Schirach. Their Bandcamp contains only a selection of their back catalogue – notably omitting releases from the bigger names like Devine – alongside more recent releases. It’s a great place to discover some truly beautiful and bizarre electronic music, and also get a better understanding of the roots of today’s electronic landscape and why IDM partly ended up as a bit of a creative cul-de-sac. Releases are available as a mix of digital and physical.

For the past four years, Vlek – local patois for junk – have been releasing music from Belgian artists (Cupp Cave, Squeaky Lobster, Sagat) with a heavy focus on doing things slowly and well. The care and attention to detail that goes into their releases – from the music to the hand-made record sleeves – would be enough to earn them the adjective ‘artisanal’ if that word hadn’t been stripped of any meaning through years of journalistic abuse. The label began with a series of 7”s, followed this with 10”s and is now on a 12” run, with the additional digital release and an iPad app (Beatsurfing), all of which are available from their Bandcamp. Artwork for the releases is handled by Dimitri Runkkari, who also hand-prints all the sleeves. The results are always stunning, and include some of the most beautiful usage of letter-press I’ve seen around. And if diving into it all seems daunting, they’ve made the first two years of releases available as a free release, and all of 2013 available for 4 euros. Oh, and they came up with a pay-per-inch postage system a few months back – ideal for those located outside the European zone.

I couldn’t choose between those two so I decided to include them together based on their shared location and the joint release of Music For Saharan Cellphones they did in 2011. I’ve mentioned Portland in this column before, noting how the city seemed to be home to a growing body of interesting indie labels making the most of Bandcamp while maintaining an impressive degree of originality – and Sahel Sounds and Boomarm Nation exemplify that spirit best. Sonically, the two are pretty different, with Sahel focused on unearthing sonic treasures from the Sahel region, while Boomarm is more preoccupied with electronic experiments and cross-pollination. Yet there is clear common ground and overlap – both are deserving of your time and attention. All releases are available digitally and in a variety of physical formats.

Tel Aviv’s Raw Tapes surfaced on my radar relatively recently, via Berlin-based Buttering Trio and Cohen Beats, who I’d first discovered while in L.A last year. Launching in 2010, the label has been steadily growing in that time, turning out releases from unheard (and, I’m assuming, local) artists alongside samplers and mixes. The hard work seems to be finally paying off, with a Boiler Room Tel Aviv coming up later this month. Music-wise, the label’s output focuses on hip hop with a fetish for instrumentals/beats and electronic music. Could well be one to watch in coming years.

We end our short survey of Bandcamp label pages with New York’s Orchid Tapes (originally based in Toronto and now relocated to Brooklyn). Also set up in 2010 (clearly there was something in the water that year, though perhaps it’s more due to Bandcamp coming into itself around that time as a valid platform), the label focuses on carefully-crafted cassettes and records with a penchant for ambient, dreamy pop and shoegaze – musical leanings that are reflected in the overall label aesthetic. The artists are all pretty low-key (though I can’t say those scenes are my strong point, so I could be way out on that statement) but there’s a wealth of interesting music in the label’s catalogue with a good jump off point being this recent compilation.

Page 1 of 8
Tags: The Best of Bandcamp