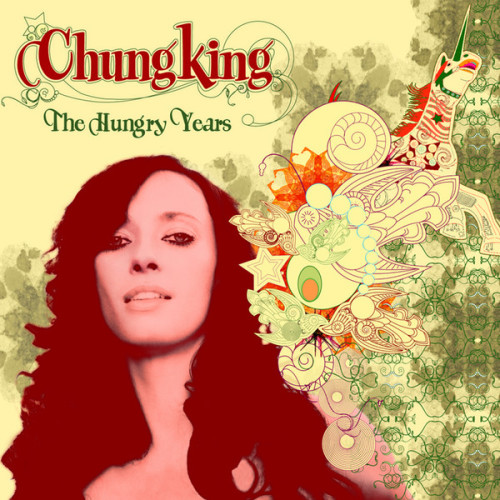 Forgotten Classics is a new weekly feature where we ask FACT contributors and noted diggers from across the spectrum to pick an obscure gem that they think has been unfairly brushed under the carpet and explain why it’s worthy of re-appraisal. This week:

This is a tricky pick, as there’s a whole lot of partiality involved: the members of Chungking are my friends. They weren’t so much, though, when this album was made, as I’d been in the band, and fallen out with them in quite messy circumstances. All through the formation of the band, my exit, the making of this record and on, I experienced a lot of the very best and worst things about music making, and witnessed music industry dicking about that could make Franz Kafka wince.

But even at the trickiest times in my relationship with them, I knew they were onto something very special, and this album was the best document of what they could achieve. These songs are monumental. This is a band outside of their time, who, despite being of the rave generation and electronically astute in their production, were channelling The Carpenters, Parliament, The Isley Brothers, John Martyn, The Bee Gees and Donna Summer – not in a record-collector-rock, knowing-nods sort of way either, but in a we-want-to-make-records-this-good way.

Very long story very short: in Brighton in the late ’90s, I joined a load of moody boys with beards who had a rock band, had bought an Akai S2000 sampler, and wanted someone who could edit breakbeats. We spent a lot of time stoned in a cellar doing things that sounded like boys stoned in a cellar, then it became apparent that Sean from the band’s girlfriend Jessie was at least as good a songwriter as anyone and (to say the very least) a much better singer, so she joined. Reference points changed instantly from UNKLE to Deee-Lite and Blondie, and everything looked great, so we promptly spent the next three years having the life sucked out of us in development hell with various major labels.

By 2002, when Chungking found a more natural home on Tummy Touch and put out the first single – and only released tune I ever had any hand in – things weren’t great any more. What had started as a seven-piece band was already down to four, as the atmosphere of claustrophobia and psychological fraying picked us off one by one, and Sean and Jessie were breaking up as a couple, and I was starting to feel like a spare leg in the whole band process.

Through all this bullshit, Sean, Jessie and James the bass player (my then-flatmate, who also played with Cristian Vogel and Jamie Lidell in Super_Collider) were properly finding themselves as songwriters and producers, replacing kooky pop with gigantic ballads; meanwhile all I could really do still was edit breakbeats. Brighton being – for all its manifold pleasures – a gossipy, incestuous, inward-looking place to boot, the whole situation was not pleasant and after rather too much denial, I finally accepted the inevitable and left the three of them to it.

They made a very good album for Tummy Touch, We Travel Fast, which had some nice reviews, but then came the weird bit. They signed to a label then best known for Tom Jones and The Crazy Frog, which was happy to fling money at bigger studios and deluxe vinyl – and put out a slightly different version of that Tummy Touch album, heavily remixed with a couple of tracks different and a new title. Of course the media and public were massively confused by this quixotic move, and the album was basically ignored.

This was understandable, but criminal. In their new versions, the songs sound like a million dollars: insanely lavish, the productions matching the ambitions of the songwriting and Jessie’s vocal harmonies, their strangeness yet also their absolute sincerity allowed to shine out. Every song is a stand-out, every one is unique – from the demented ‘Voodoo’ with its bass like Bernie Worrell having an emotional breakdown and Jessie channelling ‘I Feel Love’, through the progpocalypse of ‘World of a Thousand Suns’, through the string crescendo on the heartbreakingly slow breakup ballad ‘Following’, to the open-hearted optimism of ‘Making Music’ and ‘Come With Me’ (the latter featuring the most blatant prelapsarian yearning in pop music, like, ever). Even Jessie digitally pitch-shifted into a freakazoid mutant Teddy Prendergrass on the lusciously sleazy ‘Full On’ (“you can stay here but it will be full on”) and ‘Let the Love In’ (in which she duets with her own, normal, voice) fits in perfectly and doesn’t dent the classicism of the sound in the slightest.

I was furiously jealous of their achievement, but I couldn’t deny it – because it can’t be denied. That’s not me overcompensating, either: I’ve played these tracks out as a DJ in a lot of different circumstances from fusty pub to 4am sweatpit and almost without fail someone will demand to know what they are. It’s music that people get instantly, if they hear it.

The album might have disappeared practically without trace but they didn’t do too badly: tracks appeared on all kinds of “box-set dramas” – including ‘Following’ in its entirety soundtracking the climax to the final season of Nip/Tuck – and, despite more years of label wrangling, Chungking, reduced finally to a duo of Sean and Jessie, got a Richard X co-production on their next album, an invitation to submit tracks for Kylie, and the general respect of all who heard them. The industry bollocks did eventually get too much for them and they haven’t released anything in seven years, but incredibly they’re still functioning as humans and musicians and sitting on a crate full of amazing songs. I hope more people hear those, and I really hope more people hear the all too aptly titled The Hungry Years.