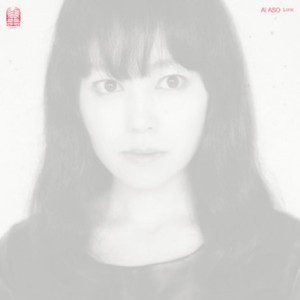 Lone’s title couldn’t be more fitting. Its seven brief songs consist of just Ai Aso’s guitar, keyboard and vulnerable vocals. They’re recorded live, the production so immediate that occasional, short spurts of applause and Aso’s “arigato” at the end, signifiers of the shared live experience, heighten the music’s profound sense of isolation. Listening to Lone, you feel like the audience’s sole member, and so you listen in silence, acutely aware of your own body’s sounds.

She’s a solo artist, but Aso is probably best known outside Japan for her occasional collaborations with members of Boris. With that in mind, it’s interesting that Aso’s audience was also at Unit in Daikanyama, Tokyo to watch performances by Chelsea Wolfe, Sunn O))) and Boris. Rather than aiming for deep in the chest, throat and gut, as those bands do, Aso’s music has a floatier quality, seeming to waft nearby and occasionally brush your skin. Her solo music, such as 2004’s Lavender Edition LP, has always been fragile and spellbinding, but none so far has delved quite as deeply into solitude as Lone.

That effect is largely down to Aso’s command of space. Notes will often linger or a word taper off, and guitar arrangements are so spare that the notes sound individuated. But Lone always feels like more than the sum of Aso’s bare-bones voice, keyboard and guitar. The barely palpable air of the live setting hangs over ‘Kamitsure No Ookina Mizutamari’ but as it fades you sense the audience’s ears straining to hear every vocal nuance. On ‘Date’, three-note figures are a sparse outline for Aso’s hesitant vocals. They soften on the higher notes, giving the impression not that she’s singing outside her range, but that she’s straining against its limits.

The songs on Lone are taken from a range of points in Aso’s career, so despite the few tools at her disposal, its tone is varied and compelling throughout. ‘Colchicum’ is mournful and contemplative, its pace so slow that you can practically reach into the spaces between Aso’s “da-da” coos and guitar lines, and ‘Land’ is a hypnotic folk song whose figure treads in circles as Aso navelgazes ever more intently. In comparison, the sustained keyboard notes on ‘Most Children Do’ are imbued with tense drama. They’re mixed loudly, but complement Aso’s restrained storytelling rather than drowning it out. ‘Most Children Do’ is from the 2004 LP Lavender Edition; where on the album it’s all wisps of gossamer vocals and mulchy guitar, here the arrangements are skeletal and potent.

Particularly in the context of the artists Aso shared the bill with at the Unit show, there’s nothing especially forceful about Lone’s gently psychedelic folk songs. Yet there’s a tactile edge to Aso’s voice and a purposeful quality to her playing here that makes it easy to peg her on the same continuum as the likes of Boris and Chelsea Wolfe. At the time of recording these intimate songs may have been a prelude to heavier music, but as a standalone album Lone wields its own subtle power.