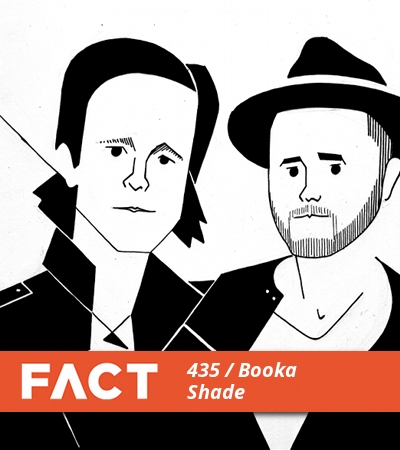 The Frankfurt duo’s discography stretches back almost twenty years, and they’ve not been frittering the decades away idly. For starters, they’ve put out a certified Überhit: 2005’s ‘Mandarine Girl’, which remains the best-selling record ever at FACT-affiliated record store Phonica. Alongside M.A.N.D.Y and DJ T., they’re co-founders of the Get Physical imprint, previously home to the likes of Trentemøller, Heidi, Junior Boys and Nôze. And unlike most tech house grubbers, they’ve made it past the five-album-mark (the keeper? 2006’s classy, strobe-lit Movements). And now, glory of glories, they have a FACT Mix to their name.

The pair talked us through their mix – and their current, ahem, movements – below:

Tracks such as ‘Love Me Madly’, ‘Ultramarin’, ‘Lead’ are tunes we currently play in our DJ sets, but we also go back in time with the Bryan Ferry classic ‘I Put A Spell On You’ and Future Sound Of London. There is some rare Booka Shade material to be heard as well: Oz only just released this mix of ‘Perfect Time’, our remix for Woodkid which was released in Germany only, and our mash-up of a Coldplay song.

What’s new in the world of Booka Shade? Both on record and live?

Recording-wise, we just released the second single from our latest album EVE, called ‘Crossing Borders’, a collaboration with Fritz Kalkbrenner. Our run live shows has just finished, and we’ve got London and Dublin coming up on April 25 and 26, followed by the first of three USA trips: Mysteryland near New York in May, EDC in June, and many festivals this summer, including SW4 and Creamfields UK .

What music have you been playing the most lately?

Our own! Because we’ve been touring live.

Any new artists particularly doing it for you at the moment?
We really like what Hot Since 82 is doing. Made a great start since the early releases on Get Physical. We have also just finished a Booka Shade remix for his upcoming release on his new label.