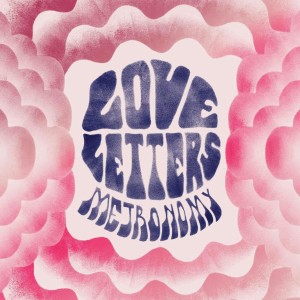 Available on: Because Music

Look, I know I go on about this, but why isn’t there a name for this? I keep trying to say “indietronica”, after all, it’s indie bands with electronic instruments, but nobody seems interested. It’s not that I want to tag or stake a claim to anything, it just seems quite odd that a whole broad section of modern music doesn’t have a descriptor.

Metronomy are of course the joint leaders of this area along with Hot Chip, and four albums in they’re pretty well established as a landmark on the ever-so-slightly-left-of-centre musical landscape. Everything about them is instantly identifiable, from Joseph Mount’s cracked tones through the So Very English language and references to the retro FM radio pop atmospheres – or, in short: they do their own thing and they do it well.

On this album they’re doing it as well as ever, although it will take you a few goes to realise this. There’s a couple of reasons for that. First, that’s always the case with Metronomy records: even though people will now claim that The English Riviera is basically a pop record, it was never an easy listen on first play, and like all their releases resists affection and only gave up its secrets given a bit of love and coaxing. Second, this whole album is slathered in tape hiss. OK, I know, I know, all analogue, all live, recorded at Toe Rag, blah-di-blah-di-blah, but really, how is this hiss anything but an affectation, rather than an actual Burial / Basic Channel style instrument in its own right?

But yes, give it a few goes, and even that fades into the background. One criticism of this record has been that it’s deliberately arch and awkward – but again: that is what Metronomy do! And as the songs gradually open up to you, so the hiss, while never quite losing all of its annoyance value, becomes as forgivable, even charming, as Mount’s constantly-breaking voice and the references to chipped teacups and Morris Minors or whatever it is.

And as that happens, Love Letters proves to have all the pop addictivenss that Riviera did: the Kinksy psyche-pop ‘Month of Sundays’, the Stereolab-go-on-a-picnic vibe of ‘Resevoir’ and the distant northern soul stomp of the title track will all be impossible to flush from your head by fourth play through, and you’ll wonder how you could ever have found them weird. Even the more reserved tunes – the Trumpton Krautrock instrumental ‘Boy Racers’, for example, or the thoroughly degraded Avalon-era Roxy – will creep into your back-brain and make themselves at home.

So don’t be fooled by the fact they have crept into Radio 2 / Jools Holland territory. Just because they’re there doesn’t mean they’re bland: the Metronomy you hear drifting out of someone else’s radio is a very different thing to the Metronomy you get if you take one of their records in and live with it for a while. As with each of their previous releases, behind the gentle kinks and quirks and signifiers of indie-ness lies an utterly unique world, one which rewards (and then demands) repeat visits.