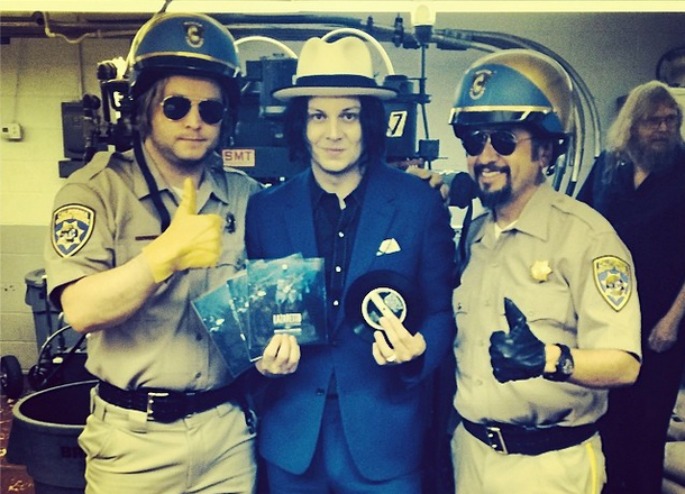 From studio to vinyl in under four hours.

The modern bluesman’s live version of ‘Lazaretto’, the title track from his forthcoming album, travelled from studio to store with 3:55:21 on the clock.

At 10am he took the stage at his label Third Man Records’ Nashville headquarters to record the A-side, plus a cover of Elvis Presley’s 1969 song ‘Power of My Love’ for the B0side. The two songs were cut straight to acetate and rushed to United Record Pressing to manufacture the 7″s, while White and his band meanwhile played an hour-long set for the assembled crowd.

For last year’s Record Store Day, White invited patrons of Third Man Records to lay down two minutes of audio on a refurbished 1947 Voice-O-Graph machine and claim their own fully playable 6″ record of their efforts.

Lazaretto is out on June 9/10 – hear album track ‘High Ball Stepper’ below.