“I don’t think I’ve ever heard a tune so defiled by a single instrument”: Daphni, Slum Village and more reviewed in the FACT Singles Club 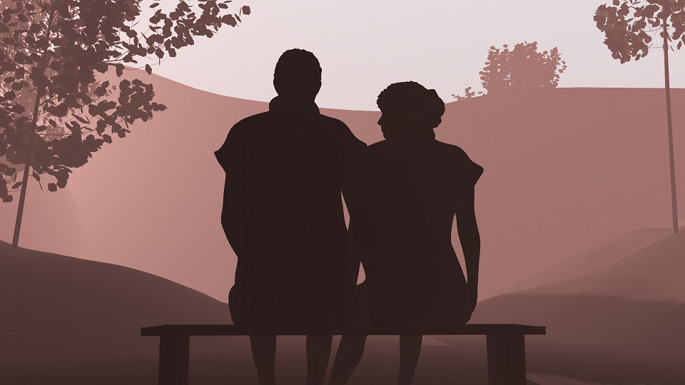 With the way individual tracks are now consumed, the idea of what constitutes a single has shifted dramatically in the last half a decade, and its for this reason that the songs reviewed across the next pages are a combination of 12″ vinyl releases, mixtape cuts, Soundcloud uploads and more. All are treated equally – well, most of the time. On the chopping block this week: TRC and Murlo, Daphni, Diamond Version and more.

Chal Ravens: …oh, sorry, I was a bit preoccupied with the artwork there. Who’d have thought a vocodered Neil Young cover with bonus saxophone bleating could be so full of #feels? With added 808 and Fender Rhodes vibes too? I’m into it. But something terrible is happening on that sleeve. (7)

Chris Kelly: First Todd Terje covers Robert Palmer and now Joakim takes on Neil Young; maybe I can get my mom to listen to dance music again. Is it too late to put this on the Drive OST? (5)

Joe Muggs: Joakim is just massively under-appreciated – ‘Monsters and Silly Songs’ is easily the equal of anything from the DFA stable around that time, and he’s absolute dynamite live and as a DJ. Great ear for a tune too, not surprising really because he writes great tunes himself. Not quite sure what to make of this, just because it’s so subdued: it’s beautifully done, but it’s really impossible to tell if it’s just a nice confection or if it’ll end up being stupidly addictive. (6)

Kristan J. Caryl: This is nicely bittersweet, like Jan Hammer on a comedown. The zithering synths try to tug you to a sad place as the hollow chords lift you up to somewhere happier. Great balance overall and the final 90 seconds with that sax solo is great…. not often you can say that, is it! (9)

Walker Chambliss: There is something so indescribably French about the concept and execution of this track that it almost seems like a joke. It also just goes on forever without actually going anywhere– even the climax of synths and sax at the end are a total bore. I don’t mind a little Neil Young from time to time but this really doesn’t need to exist at all. Wake me when it’s over. (3)

Chal Ravens: I don’t think I’ve ever heard a tune so thoroughly defiled by a single instrument. What’s this? There’s a second track? Oh dear. (4)

Chris Kelly: These are nice and all, but I need a grime producer to work with Owen Pallett, or at least sample that violin on ‘Julia’. (6)

Joe Muggs: Spankingly good. Owen Pallett was a concern, as this could have meant fey and awkward song structures, but as it is, it sounds like UK funky meets Nightmares On Wax ‘Aftermath’ with squawky grime string stabs. Seriously, what’s not to love? (8)

Kristan J. Caryl: Snaith really does know how to make a tune just off kilter enough so as to find favour with both festival going drunkards and slightly more self conscious basement crews alike, doesn’t he. This one, for right or wrong, has summer 2014 written all over it.  (7)

Walker Chambliss: Owen Pallett and Dan Snaith working together is something I would assume a college-aged me would have been way more excited about than present-day me, but wow I am very surprised at how much I’m enjoying this track. The sub-bass and use of negative space in the beat is really intense, Pallett’s signature strings actually act as much more than just window dressing. Well done, guys. (8)

Diamond Version feat. Neil Tennant – ‘Were You There?’

Chal Ravens: The affectless clarity of Neil Tennant’s voice is the ideal vehicle for an Easter hymn in the 21st century, I’d say – it’s the complete inverse of hearing Johnny Cash inject some blood and nerve into Nine Inch Nails’ ‘Hurt’. Plus it’s crying out for a meaty club refix. (7)

Chris Kelly: Sort of a bizarro Nine Inch Nails thing going on here. And just in time for Easter! (5)

Walker Chambliss: I’m really into the industrial grind of this track, and even the bizarre lyrical content is okay by me, but my god Tennant’s voice just does not fit in here at all. This track is just begging for a more aggressive vocalist. Can we get an instrumental and make that happen? (5)

Kristan J. Caryl: I doubt even Neil Tennant likes the sound of this. (3)

Chal Ravens: As pointless as Rapunzel with cornrows (one for the late period Eminem stans out there). (2)

Joe Muggs: This stuff’s like Amon Tobin with a groove basically. Understandable why some people mightn’t like the big shiny war machine aspect of it, but I really love precisely that. It could do with a few less of the fidget-edits, also there’s a track with Big Narstie on the upcoming Moody Good album that leaves this one way in the shade, but still it’s pretty damn good. (7)

Kristan J. Caryl: Not even bass that’s more distorted than David Cameron’s views of the world could improve on this, because the OG is one of Slum Village’s sweetest moments. At the grand old price of free-to-download, this remix is still too expensive. (1)

Walker Chambliss: I’m ok with the gimmicky bassline, but this really sounds like it was cooked up in a record label’s offices somewhere in LA in 2008 and has just now been released. The FlyLo-meets-Skrillex thing is just totally obnoxious, incoherent, and the choice of track to remix is just so weird. I cannot get on board with this one at all. (1)

Chris Kelly: If hawking every half-finished demo Dilla ever touched wasn’t enough to make him roll over in his grave, flaccid brostep remixes are sure to do the trick. (0)

Chris Kelly: So smooth. Murlo recasts TRC’s manic original with the light touch that he’s shown on edits of R&B tunes by Aaliyah, Melela and Tinashe. My early pick for summer anthem. (9)

Kristan J. Caryl: Often grime just washes over me without any reaction, but this one strikes a properly resonant emotional chord – the heart-breaking vocals, the soft focus synths, the muted neon colours…  just lovely. (9)

Joe Muggs: TRC is so stupidly underrated, he’s got mixtape upon mixtape of amazing stuff out there, which includes loads of great garage beats. I guess it’s his Midlands bassline background, but like Flava D and a few others, he flies the flag for song structures and sensuality in grime. Murlo pulling back towards the weirdo desolation end of grime makes for a really good tension, and this works brilliantly. (8)

Walker Chambliss: This track kinda peaks with those amazing soft pads that open the track and then peters out a bit from there. It’s totally fine, but it doesn’t move me much either way. Sorta sounds like something I’d hear coming out of the open door of an American Apparel or something. Harmless, but forgettable. (6)

Chal Ravens: Murlo is the champ when it comes to sugary-sweet, super-catchy melodies that burst out like popping candy, but I can take or leave the vocal – it’s pretty standard fare. (7)

Joe Muggs: Great sounds, great structure, great groove: solid dancefloor tracks. The tiger farting every couple of beats in ‘Gar’s Highway’ gets a bit distracting but you can forgive a big cat guff when the riffing and rushes are as intense as this. (7)

Walker Chambliss: Here we go again with the “IS THIS FOUR TET?!” nonsense that is linked to every “anonymous” producer out there now. Can we all just agree that it doesn’t really matter, and move on? Onto the track: kinda loving the sound that permeates the track that sounds like a car revving, as well as the fact that this track just keeps ramping up without any real climax or break in tension. Could do without the vocal sample, but everything else works nicely together. Regardless of who Taraval is, they’ve put together a pretty solid release here. (7)

Kristan J. Caryl: It’s hard to imagine either of these would stand out from the raft of tech tools released each week if it weren’t for the Four Tet/Text association.  Kinda like sub-par Midland jams, really. (5)