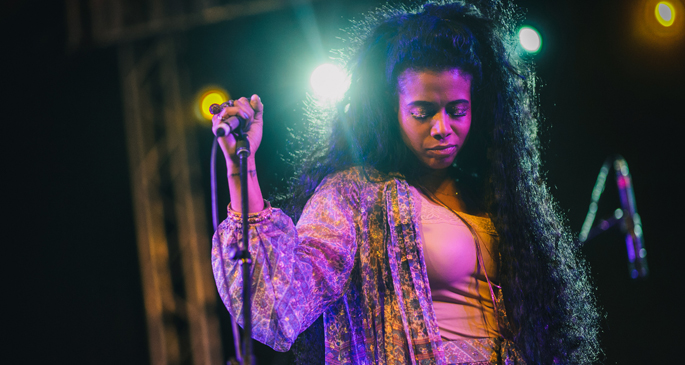 One of Poland’s most exciting music festivals, Tauron Nowa Muzyka is particularly notable for being held at a disused coalmine.

It’s not just abandoned industry either – the line-up is already looking like a doozy with a 10th anniversary showcase from Hyperdub (featuring Kode9, Laurel Halo, Cooly G, Scratcha DVA and Ikonika), and appearances from Jaga Jazzist, The Field, Ben UFO, Kelela, CLARK, Dixon, Mouse on Mars and more.

R&B diva Kelis has now been added to the list, supporting her sizzling new Ninja Tune full-length Food and bringing an air of class to the festival. That’s not all either, she’s set to be accompanied by an entire orchestra for a very special performance.

FACT’s Chris Kelly, John Twells and Bryan McKay got the opportunity to talk to Kelis at this year’s SXSW, and ask her about her rather novel food truck.