Sennheiser showcases the world’s most unique and inspiring sound stories 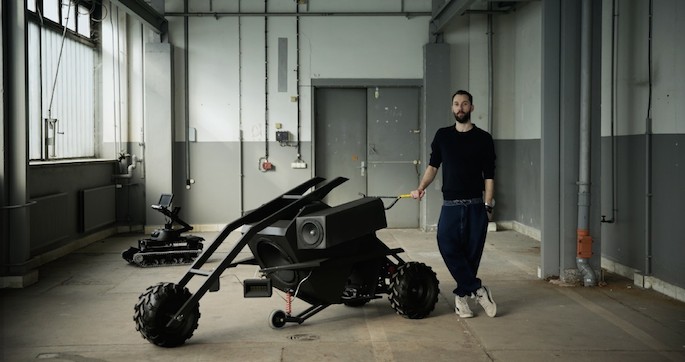 Audio specialist Sennheiser has searched the globe for the most inspirational ‘sound stories’ and is showcasing 100 of the most ground-breaking as part of its new MOMENTUM project.

Firm in the belief that sound makes the world go round, Sennheiser will be asking the British public to join in celebrating these achievements that, one by one, are improving the way we interact with sound each day.

UK ambassadors for the project include British songstress Imogen Heap, artist and experimentalist Di Mainstone and Bruno Zamborlin, the brains behind an innovative new sound device named Mogees. These are just three of a group of 100 inspirational people that Sennheiser will be following during the project, together with Spotify, documenting their passion and connection to sound and learning more about their individual MOMENTUM.

Who has MOMENTUM? People that inspire

People with MOMENTUM are individuals from all backgrounds, with one thing in common. They seize opportunities, take chances and innovate, drawing inspiration from a unique worldview that allows them to create sound in a completely new or different way. 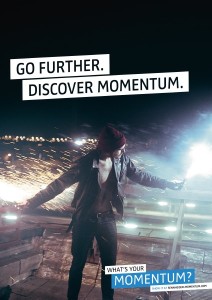 Imogen Heap has MOMENTUM, creating a link between movement and sound that has never been seen before. Bruno Zamborlin has MOMENTUM, breaking down the barrier between the physical and digital and making the world an instrument played through a device called Mogees. Di Mainstone has MOMENTUM, turning the Brooklyn Bridge into a giant harp, allowing anyone to manipulate the sounds created by the natural ebb and flow of the bridge’s cables through movement.

MOMENTUM is already building around the world with a range of inspirational personalities outside of the UK joining the project, including the inventor of the sustainable smartphone Dave Hakkens; founder of ‘the Boiler Room’ phenomenon Michail Stangl; and EKLIPS, the French beatboxer that will be challenging Eminem’s world record by rapping 105 words in just 16 seconds.

“Embarking on the MOMENTUM project, we have been astounded by the passion, energy and vision of the people we met and have been working with,” said Uwe Greunke, Director Strategic Marketing at Sennheiser. “We see so many incredible stories out there and we are convinced that there are many more. This is why we are asking “What’s your MOMENTUM?” – inviting people to check out the films and upload their own short videos to showcase their creativity.”

As well as sharing these stories of creativity and determination from all four corners of the word, Sennheiser is calling on the public to share their own MOMENTUM. Viewers are invited to join the social video project by contributing their own stories in the form of seven-second videos. They can add these to other videos with the same theme or idea, building “video chains” of inspiration that carry their own MOMENTUM.

Sennheiser will commend the most compelling videos and ideas submitted with prizes including fantastic trips to London, New York and Tokyo that will offer the ultimate sound experiences. Contributors will also get the chance to win pairs of Sennheiser MOMENTUM headphones alongside six-month subscriptions to Spotify Premium.

“We would like to see these stories connect and interrelate, so we want people to add their stories to those on our website, creating video chains and forming an organic, self-perpetuating celebration of human ingenuity,” explains Uwe Cremering, Head of Global Marketing Communications.

To learn more about the social video project and people with MOMENTUM, click here. To watch the films or to submit videos, visit here.