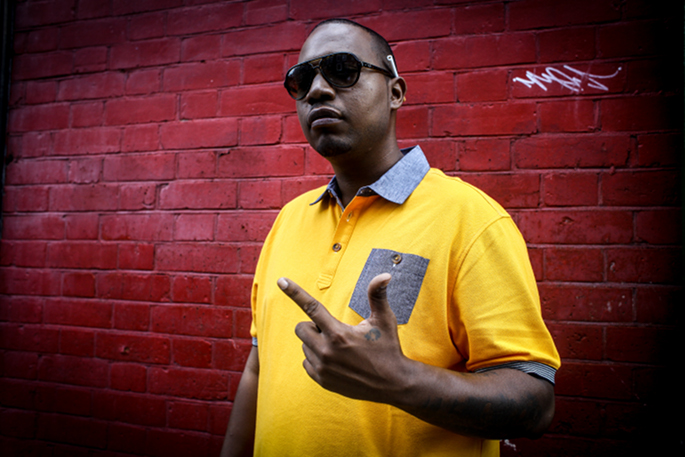 The Houston-based footworker starts his label in style.

The label’s first release is DJ Rashad‘s We On 1: four slabs of the frenetic footwork we’ve come to expect from the scene leader. The EP also features frequent collaboratos DJ Spinn (on the hypnotic, Doo Doo Brown-sampling ‘Come On Girl’), Gant-Man (on the playful ‘Somethin’ Bout the Things U Do’) and DJ Manny.

We spoke to Wheez-ie about the label’s origins, what to expect from Southern Belle and how he first met DJ Rashad. Plus, we’re proud to premiere We On 1. Stream the EP below; it’s due out on vinyl on April 28 and digitally on May 13.

Why’d you decide to start a label?

I originally started Southern Belle Recordings because I was writing a substantial amount of music that I didn’t feel comfortable sending out to other people. After some soul searching I decided it might be best to start a label. I started to look into the possibility of using the label as another form of artistic expression, and felt that opening it up to other artists was the right thing to do. I really wanted to get artists that I’m really into on the label, and it’s just kind of snowballed from there.

What are you looking to release?

I’ve always been into many different genres of music and I want the label to reflect that. I really want to expose people to music, artists, and genres that wouldn’t normally cross pollinate in one spot. These days it seems like everything is so musically (and to a larger extent culturally) segregated, and I’d really like to break down some of those walls.

What’s the story behind the name?

Most of the labels that I’m really into have some sort of built in ambiguity to what the label name represents musically. Everything is so obvious these days that keeping things a little secretive or ambiguous has been really refreshing. I also wanted it to represent a little bit of my personal history. Being from Texas has been a huge part of my life and having a subtle nod to that in the name was really important to me.

The first release is with DJ Rashad. How did you two first connect?

I’ve known Rashad for about five years now. I started sending him tracks back in 2009 or 2010, and when I lived in Boston I would go see him every time he played in NYC. During 2012 or so I started toying with the idea of starting a label, and being a fan of Rashad both musically and personally, it was obvious that I should try to get him as the first release.