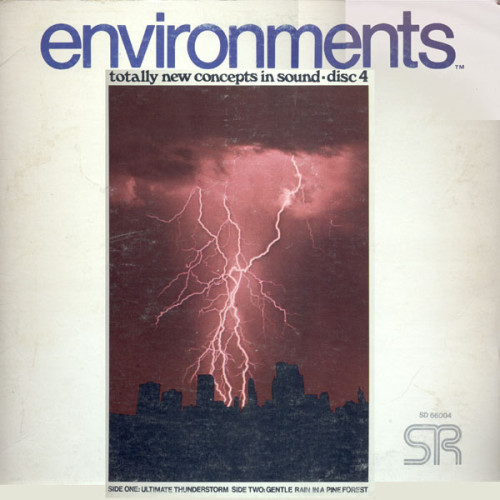 Picked by: Dominick Fernow, Hospital Productions boss and the man behind Prurient, Vatican Shadow and more.

“Rather than resorting to simple nostalgia or number of times played, this is a record that has stayed with me to the present day.

The cover is notable for its emphasis on natural sounds, but at the bottom is a silhouette of a cityscape.

The text on the back the cover goes further:

A psycho acoustic experience.
Amazing! The speakers seemed to be dripping.
Changes the room…
Miss it when it’s over
Frees my imagination…
Leave it on continually
Forgot it was a record.
Useful for everything
…improves my concentration
Different from anything I’ve heard.
A very subtle sound
Psychoacoustic magic…
Expands the room 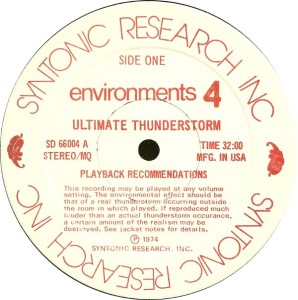 I had this playing for about two and half days when I first got it. In the cold it can make you feel warm and vice versa. There are not many records I’ve had to use in situations to both sooth and exhilarate depending on the volume and context.

It once calmed down a friend of mine after a domestic fight in which she was the perpetrator.

This is truly the only record I have that has been used, listened to, absorbed and explored in every context I can think of inside the home. The only downfall is not having it for the car.” 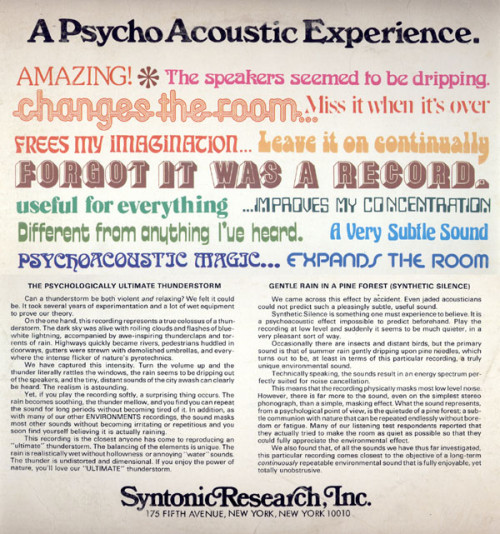