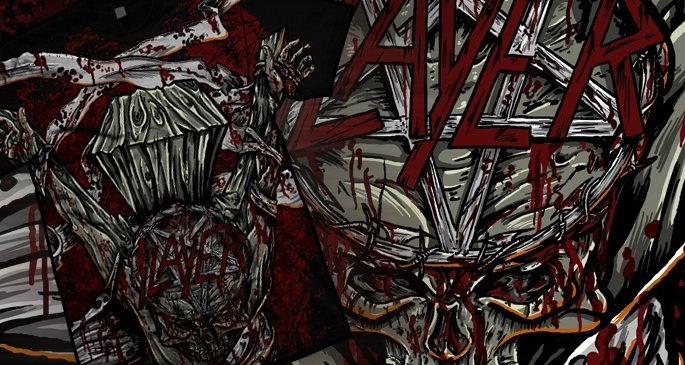 Slayer will release their first album since 2009’s World Painted Blood this year.

The metal legends have announced the news with a new track, ‘Implode’, which can be downloaded on their website. The as-yet-untitled album will be the band’s first in over two decades not to be released through Rick Rubin’s American Recordings.

In Tom Araya’s words, “Rick has played a huge role in our career, we’ve made some great albums with him. But today is a new day, record companies don’t play the kind of role they once did, and we really like the idea of going out on our own, connecting directly with our fans, and Nuclear Blast is fired up about taking on that challenge with us.” [via The Quietus]

The exact personnel on the album remains a mystery, of course: Dave Lombardo was publicly fired from the group after a pay dispute in February 2013, and Paul Bostaph is currently drumming for the group. Later that year, guitarist Jeff Hanneman died of liver failure – it’s reported that this new album may feature material written by him before his death.