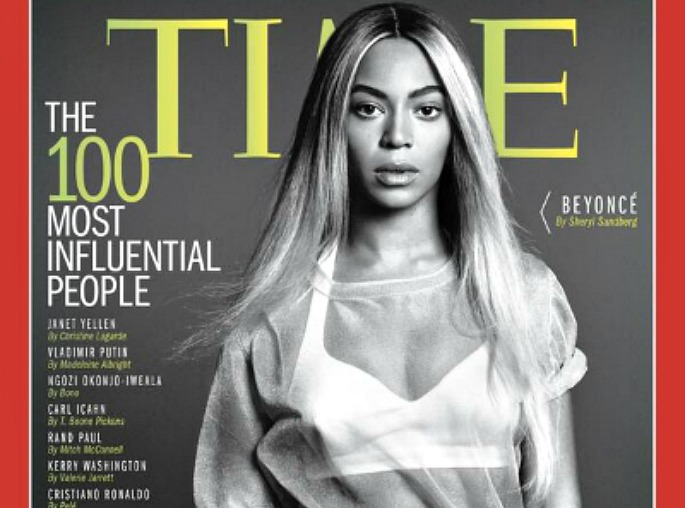 The world’s 100 most influential people include Beyoncé, Miley Cyrus and Pharrell Williams, according to the latest issue of TIME magazine.

Beyoncé graces the cover of this week’s issue, with a tribute inside written by Facebook’s chief operating officer Sheryl Sandberg, while Dolly Parton writes in praise of Miley and Justin Timberlake tips his hat to Pharrell.

Miley was “smotherin’ and chokin'” in her Disney past, says Parton, adding that the controversy-baiting starlet didn’t “have to be so drastic”:

“If I didn’t know how smart and talented Miley is, I might worry about her. But I’ve watched her grow up. So I don’t. She knows what she’s doing. She was very proud of the work she did as Hannah Montana, but people were gonna leave her there forever. And she was just smotherin’ and chokin’ in it. So she felt she had to do something completely drastic. And she did. She made her point, she made her mark, and more power to her.

‘Wrecking Ball’ is a great song. The whole album is great. So I’m hoping that now she can relax and show people how talented she really is. ’Cause the girl can write. The girl can sing. The girl is smart. And she doesn’t have to be so drastic. But I will respect her choices. I did it my way, so why can’t she do it her way?”

Pharrell will continue to make his mark with a stint as a guest judge on the next season of The Voice, while Beyoncé is rumoured to be taking the Carter household brand around the world this summer as part of a joint tour with Jay Z.