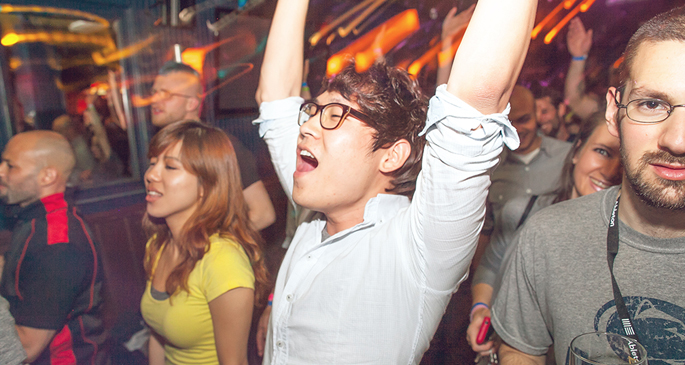 Together Boston is rapidly positioning itself as one of the United States’ best events for forward thinking electronic music.

While they haven’t been running for long, their fifth year is looking like their biggest and brightest to date, running from May 11-18 and spanning a host of local venues. The lineup is something they should be truly proud of, as the organizers have managed to coax in a wide variety of artists, joining the dots between a plethora of musical subgenres.

Underground Resistance’s Robert Hood will be dropping by to offer the city a selection of head-mashing techno, and will be appearing with FACT fave and all round superstar Jackmaster for what promises to be a night of totally monstrous proportions.

Elsewhere, Cashmere Cat, Jerome LOL and London’s very own Oneman will be nudging Boston towards the neon lights with their selections of hybridized crossovers and mashups. Julio Bashmore will also be appearing, and if you’ve been following the site you’ll know he’s got an album due any minute now, so the chance of him casually dropping a new track or three is high. Make sure you check out Tom Lea’s recent (and quite revealing) interview, where he goes into detail about his forthcoming new music, and the processes behind it.

It’s not all shimmering nu-dance and pounding techno though, Keith Fullerton Whitman and Boston mainstays Sunburned Hand of the Man will be holding the fort for the city’s long-standing experimental scene, and Mos Def (now known as Yasiin Bey) will be dropping in for a rare headline performance at the Wilbur theater.

Also due are sets from Bob Mould, Noisia, Martyn, Sophie, The Gaslamp Killer, Major Stars, Pearson Sound and absolutely loads more. Basically if you’re within driving distance of the Boston metro area, you’d be mad to miss it.

For a look at the complete multi-venue selection of events, and to purchase tickets, head over to the Together website.