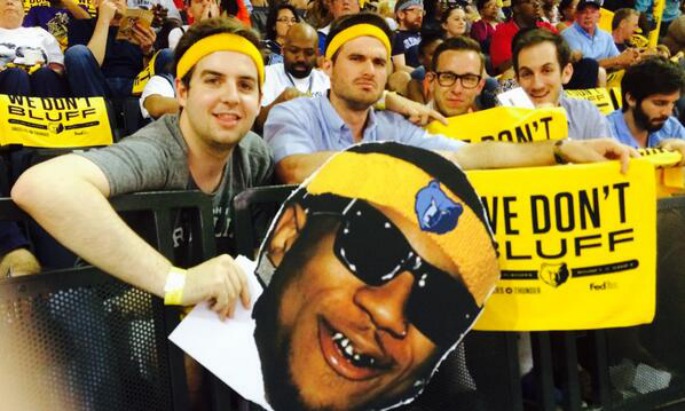 Following the hilarious war of words between rap savant Lil B and Oklahoma City Thunder player Kevin Durant, fans of rival teams have now started to propagate the “Based God’s curse”, with one Memphis Grizzlies supporter bringing his own Lil B mascot poster along to the game yesterday.

Their attempt to throw off Durant’s performance appeared moderately successful, with the star player having a lukewarm night on court, but Thunder pulled through in the end to win 92-89.

The beef began back in 2011 when Durant tweeted his disbelief that Lil B was “relevant”, to which B responded by placing a surprisingly effective “curse” on Durant, and last month B even appeared in a TV commercial to direct a vague diss at his NBA nemesis. [via Complex Sports]