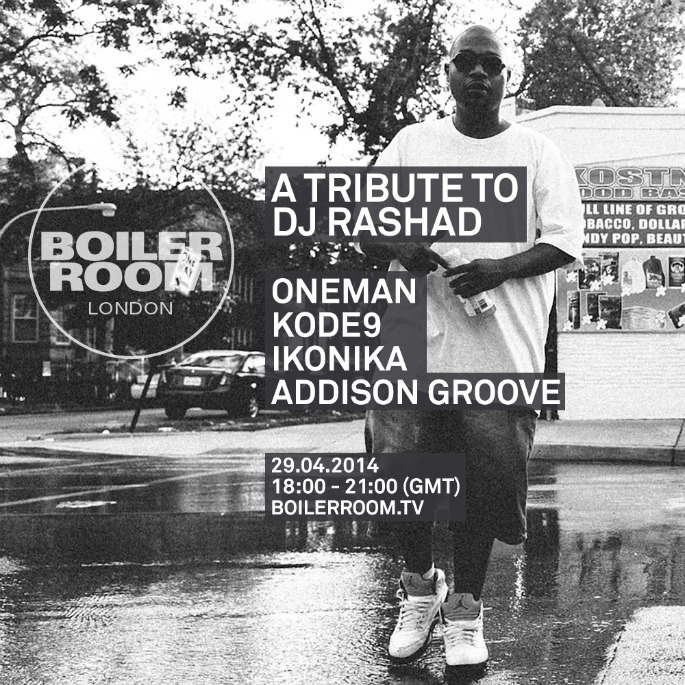 A special transmission tonight in honour of the late footwork pioneer.

Following the tragic news of DJ Rashad’s death over the weekend, Boiler Room will pay tribute to the Chicago innovator during tonight’s livestream with sets from a handful of his collaborators and friends.

Joining Oneman for the start of his Boiler Room residency are his Hyperdub label boss Kode9, labelmate Ikonika and footwork-inspired producer Addison Groove.

The tributes will continue on Kode9’s Rinse FM show later, with Ikonika and Addison Groove joining him between 11pm and 1am.

Hyperdub, which last year released an album and two EPs by Rashad, released a statement on his death yesterday morning.