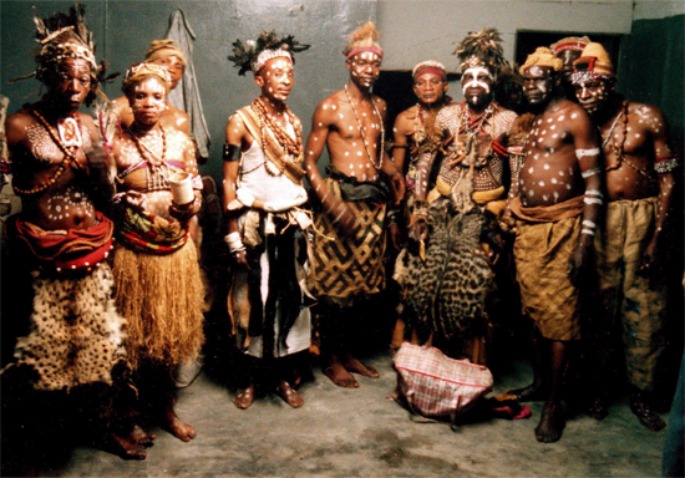 Crammed Discs has announced the next in its acclaimed Congotronics series devoted to electrified traditional music from the Congo, a full four years after the last release.

In June, Kinshasa-based collective Kasai Allstars will release Beware The Fetish, an epic follow-up to their remarkable 2008 debut, In The 7th Moon, The Chief Turned Into A Swimming Fish And Ate The Head Of His Enemy By Magic.

Alongside fellow Congotronics group Konono No.1, the Allstars gained a ton of admirers among western musicians with the release of their first LP, eventually leading to the ace Congotronics tribute album Tradi-Mods vs Rockers, which saw artists like Shackleton and Deerhoof reworking the Allstars’ music.

Beware The Fetish is a 12-track double-CD clocking in at over 100 minutes, and it sees the 15-strong multiethnic group probe deeper into their various repertoires and styles, pairing traditional instruments like slit and buzz drums and xylophones with electric guitars and amplified thumb pianos. The songs feature vocal performances by singers including the late Mbuyamba Nyunyi, the most famous exponent of the tradi-modern music emerging from Eastern Kasai.

Beware The Fetish is out on June 23 via Crammed Discs, available on double CD, condensed six-track LP and digitally. Kasai Allstars will also be heading to Europe for shows later in the year.

Watch the video for the first track, ‘The Chief’s Enthronement’, below.