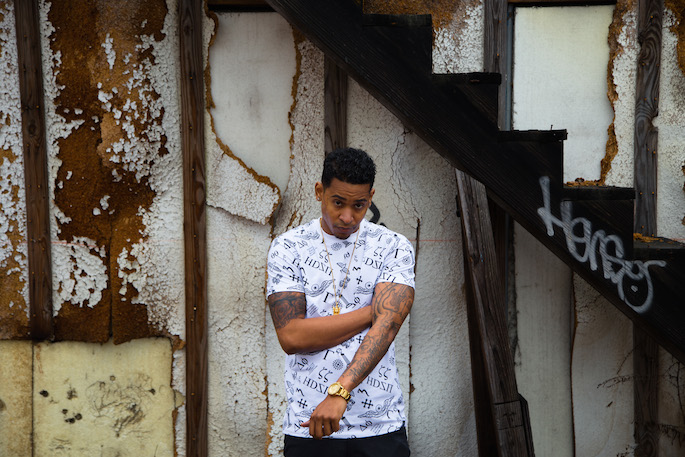 Two of Atlanta’s finest hip-hop talents come together and bring Young Thug, Peewee Longway and Junglepussy along for the ride.

Rome Fortune and Dun Deal first linked up on last year’s exemplary Beautiful Pimp mixtape, with the producer helming opener ‘Money Ministries’ and standout ‘Get The Guap’. Now, the pair have reunited for Drive, Thighs & Lies, which you can stream/download below.

However, Rome isn’t the only Atlanta rapper with whom Dun Deal has found success. The 27-year-old was behind some of the biggest hits of the last year, crafting Young Thug’s ‘Stoner’, Migos’ ‘Hannah Montana’, and synth-swaddled tracks by Kevin Gates, Gucci Mane and others. As part of the Hoodrich Production Group (HPG) with DJ Spinz, C-4, S.O.S and Childish Major, he’s been one of our producers to watch in 2014.

FACT recently spoke with Dun Deal (born David Cunningham) via phone as he was about to do a session with Young Thug, but he took the time to fill us in on his background, his quick creative process, and the music he listens to that might surprise you. For more Rome Fortune, we caught up with him at SXSW.

How’d you first get into making music?

I was rapping at first; I had a group of friends in high school — we called ourselves the O Boys, for Outrageous — and we ended up getting signed by a label under Ruff Ryders. We all got some budget money — all my friends blew their money, and I bought studio equipment. I was rapping at 16 and I started producing at 18. Never did a piano lesson, never took any classes on how to do anything.

How’d you move from rapping to producing?

The first thing I ever produced was for Tyler Perry. At that time, Tyler Perry was just doing plays, but he started doing movies. One of my managers hooked me up with him. I’d most definitely do more of that: good money and no egos.

Speaking of “no egos,” The guys in HPG are really collaborative; it’s not unusual to see a track with two or three credited producers. Is it easy to put ego aside and work together?

Atlanta is a place filled with people that want to share the wealth. We don’t want to do something by ourselves — we will, but it’s better to put people on and get your blessings back. The more people you help in this industry, the more people that appreciate you at the end of the day. A favor for a favor.

You’ve had a few of the biggest tracks in the last year; how has your life changed the most recently? How’d those tracks come together?

I’ve had a way heavier work load. With ‘Hannah Montana’, I was at home about two years ago and wanted to make something that sounded fun. I thought it would be for Gucci, but Spinz called and said “Migos are here, send some beats through.” I sent the beat, and about 30 minutes later, I got a call from Spinz saying “we’ve got a hit.”

Yeah, I usually put together a beat in 15 to 20 minutes. ‘Stoner’ literally took me 15 minutes to do. It took about 15 minutes for Thug to record the song. He went through the whole song and freestyled, and the parts that he mumbled over he re-did the words. In about 20 minutes the song was complete, and it just took a day or two to mix it, and we put it out there. The two people that work that fast are Young Thug and Future. Rome Fortune is great too, really creative.

What’s something you listen to or draw inspiration from that would surprise people?

I keep it diverse: I listen to a lot of Capital City, Foster the People, Coldplay, Daft Punk, Disclosure, Icona Pop, a whole bunch of people. I draw inspiration from that alternative aspect of music.

I have a song with Trey Songz called ‘On The Menu’, I’ve got one with Future and Drake called ‘Beautiful Child’ that should be out sometime this year. I’ve got a few songs in the works with Usher and a few other people.

How was working with Usher?

It was great — Confessions is one of the best albums I ever heard in my young life. Also — André 3000’s The Love Below is one of my favorite albums as well.

That album comes up a lot; Rome Fortune named it as his favorite.

I was expecting to hear something totally different; I’m a big OutKast fan. I listened to Big Boi’s album, and I was like “this is cool, but where’s André at?” and I heard The Love Below and was just amazed. I had a little money in my pocket and I went out and bought it.