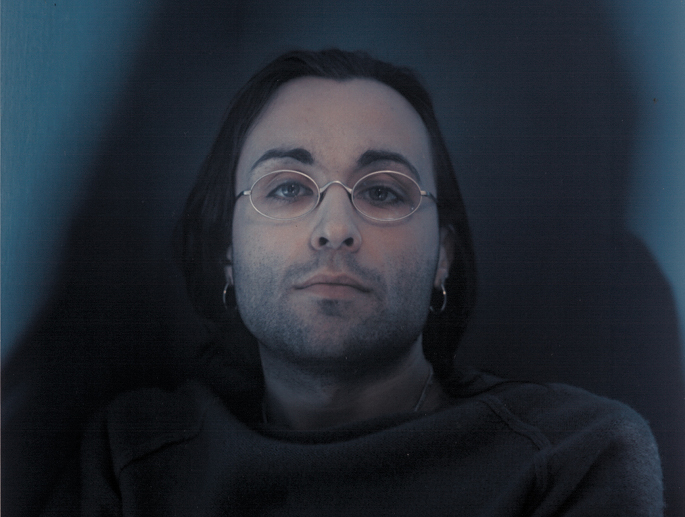 Few people talk about dance music with quite such razor precision as Terre Thaemlitz – best known for her work as deep house operator DJ Sprinkles.

Thaemlitz’s output veers all over the place, ranging from austere electroacoustic works, through piano covers of Kraftwerk records, to the longest album of all time. In these quarters, she’s best-loved for her essential deep house releases – of which the real keeper, 2009’s Midtown 120 Blues, is about to get reissued. She’s also one of dance music’s most rigorous analysts, with many of her records arriving with long essays on gender politics, social power structures, and the deficiencies of club culture. When she speaks, it’s well worth listening – for a fuller survey of her work and worldview, point your rudder towards our The Essential…Terre Thaemlitz feature.

FACT writer Alex Macpherson pinned down Thaemlitz for an (extremely) thorough, often revelatory interview on the complex politics of clubland and music-making. Given the precision and scope of Thaemlitz’s answers, we’ve decided not to truncate or fillet their discussion. Instead, we’ll be presenting the complete interview in four parts, presented chronologically but roughly partitioned by theme. You’re unlikely to think about dance music in quite the same way again. 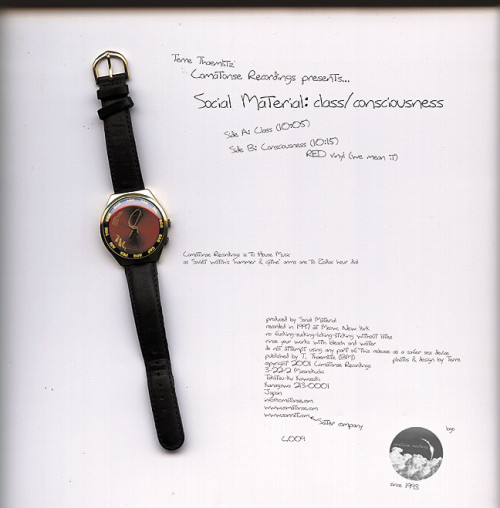 What was behind your decision to relocate to Japan?

I get asked this question a lot, but it’s hard to answer briefly in a meaningful way. Part of the problem is that I’m a nihilist, and basically think humans are a pretty shit animal, so I am immediately denied all that easy, romantic language about “Japan is so amazing,” or whatever. Similarly, immigration is never about autonomous mobility, pursuing one’s dreams, the quest for freedom, and all that garbage that gets associated with immigrant mythologies. It’s more about operating within a limited field of options, and hoping one isn’t stepping into something worse than the place they came from. It’s more about departure, yet people usually speak of it in terms of arrival. In that way, it is kind of like gender transitioning being spoken of as a way of arriving at a reconciled gender identity, when it is more often about unbecoming an unbearable gender relationship to one’s body, and hoping the alternatives on offer will be survivable.

The main thing for me is personal safety in daily life. In the US, if people don’t like you, they immediately feel entitled to scream or spit or throw or punch… Like, before I moved here I was 32, living outside San Francisco, and still getting called “faggot” on a daily basis. In Japan, if someone doesn’t like you they completely ignore you. For my Japanese friends, that silence has been internalized, and registers as oppressively for them as a punch does for me. Actually, many of them say they prefer being yelled at, because at least they feel acknowledged and alive. So I would never want to romanticise the silence. But for me, taking personal experience into consideration, that silence is golden.

“I’m a nihilist, and basically think humans are a pretty shit animal.”

In general, people here are more friendly in daily life, and I think it has to do with the lack of individualism. Most Westerners are paranoid that a lack of individualism means everyone is a robot, but to the opposite, it means people don’t all feel self-entitled to be treated like fucking royalty, and scamming off each other. For example, there isn’t that immediate antagonism between customers and employees you find in the US. You know, a customer walks in and the employees are all upset that they have to work, so it’s like, “Great, because of you now I have to work… what the fuck do you want?” And in response, “the customer is always right,” wanting as much of everything for as cheap as possible – the power dynamics of which are made worse by mandatory tip culture, and the ability for businesses to avoid paying the minimum wage. The tension is just immediately palpable when you go to the US.

When I think of how people here in Japan cooperated after the earthquake and tsunami of 2011, and the lack of looting and rioting, it really demonstrated a kind of “common sense” caring for others on a scale that one would be hard-pressed to find examples of in the West. So, yeah, I’ve never been one to find safety in numbers, but in a way I could say in Japan there is “safety despite numbers.” And generations of men raised without the mental poison of military experience? How amazing is that?

Social Material, K-S.H.E., DJ Sprinkles, Terre Thaemlitz: you go under many aliases. (My favourite name is Terre’s Neu Wuss Fusion.) Is there a specific reason for each of them? Are you trying to do different things under each name?

Yeah, sometimes they are specific to a project, like Social Material was specific to a 12-inch where the A-side track was titled “Class,” and the B-side was “Consciousness.” (Social-material, class consciousness, get it?) And they do have different things going on stylistically. Like in comparison to DJ Sprinkles releases, I think K-S.H.E releases have a louder queerness factor. And I usually reserve “Terre Thaemltiz” for ambient and electro-acoustic projects, which began as a sarcastic joke about imposing my personal identity on music that was primarily about eschewing ego and melody. Basically, I was skeptical of the commercial music industry allowing producers to function in non-ego terms, and sure enough the ambient scene ended up with the DJ as star, like DJ Spooky, or The Orb transformed into a rock spectacle on stage with guitarists and drummers.

My using different aliases is also a way of diffusing the amount of visibility and coverage around myself as a single producer. It’s also about producing in ways that reflect the multiple and often contradictory identities we all carry. Like, we change radically depending on whether we are at home, at work, with family, with friends, with lovers… it’s a schizophrenia that flies in the face of Western identity politic’s obsession with the individual, and this bullshit notion of life as a process of discovering our “true selves.” I don’t buy it. Diversity, simultaneity, hypocrisy… that’s what people are about. I think a lot of social bias and violence comes out of our lack of tools for accepting and dealing with hypocrisy in peaceful ways. And this is also what makes me uncomfortable with mainstream LGBT Pride[TM] movements that fixate on terms of visibility, and the marketing of Lesbian and Gay identities that are reconciled with Neo-Liberal agendas of marriage, family, home-owning, financial success, etc. It becomes about power sharing within dominant systems – whereas I am not interested in power sharing. I am interested in divestments of power.

The interwoven samples on your remix of Oh, Yoko’s ‘Seashore’ are incredible. You use a television sample that does the opposite of your MLK sample, in a way: it takes the words of a character whose attitude towards the gay men in the episode is limited and makes them beautiful despite the source. And it’s mixed with a sample from an African-American artist mostly known for being a politicised, musical activist – but one of his most homophobic, transphobic, least-mentioned songs. What was the reasoning behind choosing those particular samples?

Well, when I make a house track I am always thinking about that genre’s relationship to queer and transgendered scenes in New York, which is how I came to know the music back in the ’80s. So the original track’s title, ‘Seashore’, got me thinking about the West side piers as a waterfront that had a strong connection to queer and trans sex work, cruising, and the vogue ball scene. A part of that situation was about interacting with traditionally antagonistic identities. Like in trans sex work, most of the johns are straight identified. And this means you are constantly dealing with verbal harassment, sometimes physical harassment, at times even escalating to murder. This was also part of the tension of the clientele at Sally’s II, where I used to DJ around 1991, which was a primarily a scene combining Latina and African-American trans sex workers, and generally straight-identified johns of all races. As you said, the one vocal sample about “balling” comes from a straight African American poet ranting about seeing a crowd of African American queens trying to get into a transgendered ball. I start it out by just repeating “Balling, balling, balling…,” but then let it get into the verbal bashing as a bit of a reality check, basically. Similarly, that drama dialogue is like a pep-talk about the queer mythology of migration to big cities, and the hope waiting for us there – which was also part of my own past, basically running away from Missouri rednecks to New York at age 18 – but at the end, a second person who had been receiving the pep talk says, “Thank you, john.” Of course, John was the first character’s name, but for me it’s about “the john.” So I was really going for this convoluted image of a sex worker getting a pep talk from their john. Basically, trying to conjure this larger, often hypocritical, blurring between community and outsider.

But, you know, when it comes to a person’s ability to decode all this stuff we are back to the limitations of the genre, as well as limitations of the listener’s own sexual experiences. Like, some people mishear “balling” as “falling,” and just settle for the affect of a soothing floaty feeling. Or they take the pep talk at face value, and buy into the optimism without considering the cynical flip at the end – perhaps missing the themes of queerness and transgenderism entirely. So, despite however many people may hear something I produce (which is never really that many), I am always aware that only a fraction of those are likely to “hear” the main theme I’m thinking about. And this also means accepting that the main conversations around my projects will often be totally wrong for me personally. This is not about me being jaded. I mean, yes, in general I am jaded, but this here has to do with how consumers are trained to absorb music and other media almost exclusively in relation to a “positive consumer experience.” We aren’t taught to willingly pay for disappointment, right? That is no longer commerce, but taxation, right? But maybe this taxing model makes more sense for me, in that it assumes a relationship of burden, and responsibility of social participation from both producer and listener – as opposed to everyone simply stopping at masturbatory self-gratification and passing it off as depth