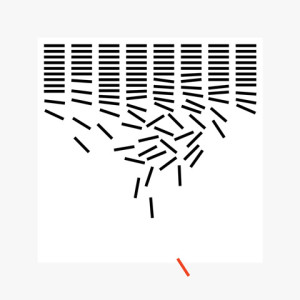 Oneohtrix Point Never’s first release since his Warp debut R Plus Seven, Commissions I is a three-track collection of commissioned works released as a short EP for Record Store Day 2014. ‘Music for Steamed Rocks’ is Lopatin’s take on Witold Lutoslawski’s Preludes, initially performed at the Sacrum Profanum event dedicated to the Polish composer; ‘Meet Your Creator’ was commissioned to accompany an installation of the same name; and ‘I Only Have Eyes For You’ is an interpretation of the pop song of the same name, initially conceived for Doug Aitken’s SONG1 Happening installation. As you’d expect from music tied to a wider work, the pieces are tethered to concepts quite separate from one another. But by having them reengineered and remastered and sequencing them into an EP, Lopatin removes the commissions from their original context, and makes them demand appreciation on their own terms.

All three works on Commissions I predate R Plus Seven. Though, of course, no artist works in a vacuum, it’s interesting to listen to this music retrospectively, looking out for markers that suggest Lopatin’s shift from the texturally dense, emotionally stirring albums on Software and Editions Mego to the sheeny plastic surfaces and spacious compositions of R Plus Seven. Though it doesn’t sound transitional or half-formed, elements of each style are equally prominent on ‘Music for Steamed Rocks’, Lopatin offsetting his arrangements of glossy synthesised organs and strings with intricate synth drones and half-dredged samples that wouldn’t sound out of place on Returnal.

In keeping with their intended purpose, tracks follow prescribed narratives. Melodic lines zip around concentrically on ‘Meet Your Creator’ as synthetic drones, choral lines and chords overlap and twist, building or subsiding quite unexpectedly. In the wider context of the installation– where sixteen flying robots react to and shape light and sound – each sonic element has a visual reference point. Taken on its own, however, ‘Meet Your Creator’ has plenty in common with R Plus Seven tracks such as ‘Chrome Country’ or ‘Problem Areas’, Lopatin zooming in on minute textural detail and solitary figures so that they’re rendered in pin-sharp detail. Texture rather than rhythm is the primary focus, and here the palette Lopatin is working with is so limited, each element cushioned by so much space, that the precise points at which synth line, choir and pearly countermelody intersect are just as compelling as the timbres themselves.

Space is also a key player on ‘I Only Have Eyes For You’, which like ‘Meet Your Creator’ pre-empts R Plus Seven while retaining the widescreen feel of Returnal and Rifts. Vocals swirl and the synths mount before trailing into silence; when they re-emerge, the dramatic effect is redoubled. Pitch-bent, stretched and stippled over a backdrop of synth drones, the main vocal and choral lines here bear the EP’s closest resemblance to R Plus Seven, which may explain Lopatin’s choice to sequence ‘I Only Have Eyes For You’ at the end of Commissions, even though the installation it soundtracked chronologically came first.

Scores and pieces for installations, by definition, tend to be sold short when appreciated outside their original context; yet despite their thematic differences, these three pieces work very well sequenced into an EP release. Commissions I is not just compelling in its own right; it also provides an invaluable insight into the interplay between the commissioned work and the conventionally released music of one of the past few years’ most pivotal electronic artists.