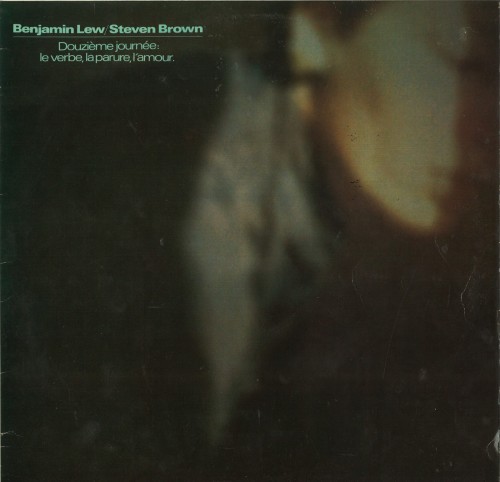 During the early eighties, there was an incredible dynamic going on in Belgium’s capital, Brussels. This was probably caused by the fact that Factory’s Belgian division was operating from the city itself. Factory Benelux was founded in Brussels in 1980, being inspired by several Factory artists performing at the famous Plan K venue. Releases on the label included, amongst others, Section 25, A Certain Ratio, New Order and The Names.

Within a year, a lot of other labels arose: Les Disques Crépuscule, Play It Again Sam and Crammed Discs. The latter was founded by Marc Hollander. He also plays in Aksak Maboul, where he deconstructed and fused many different genres, from rock, jazz, and electronics to fake African, Balkan & minimal music. This can retrospectively be viewed as a blueprint for most of the music which was released by Crammed during the next two decades.

The most successful names on the Crammed label were Minimal Compact and Tuxedomoon. But the true power of the label was that they gave their signed bands a lot of freedom, and also put out solo albums by their keynote artists. Blaine L. Reiniger, Peter Principle and [Tuxedomoon member] Steven Brown they all got the opportunity to explore and release an album of their own work or collaborate with another artist – which is the case here.

Benjamin Lew and Steven Brown first met while Lew was working as a bartender in a Brussels bar frequented by Brown and other members of Tuxedomoon. They talked about their musical vision and, in the end, the encounter gave birth to Douzième Journée – an album drenched in percussion and ambient moods. Brian Eno is never far away. When listening to their debut, you can hear miniature sounds which grasp the mind and the heart. The whole album is carried by repetitive percussion carefully constructed by Hollander himself. Also included: rich drones and Arabic rhythms.

The follow-up album, 1985’s A Propos D’un Paysage, is as good as this one. If you enjoy the journey you’ve started by listening to Douzième Journée, there’s more to be discovered by Lew, Steven Brown, and other interesting artists on the Crammed label.