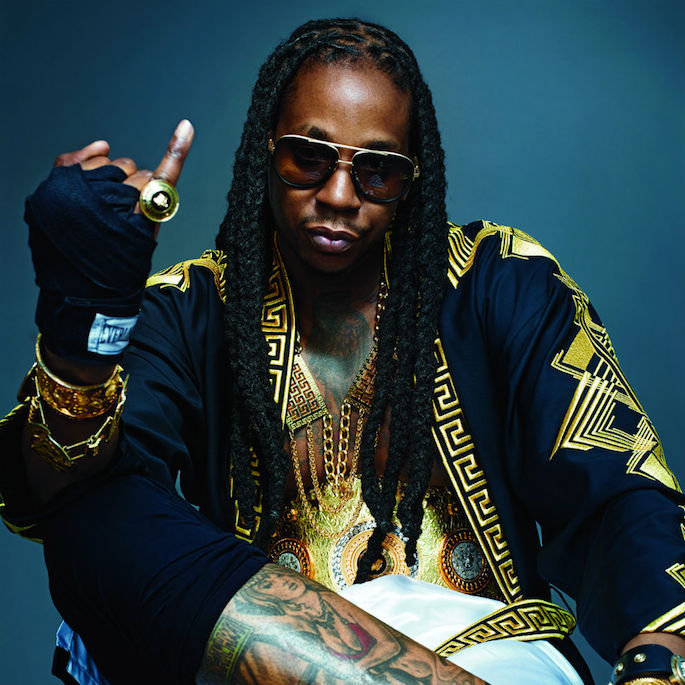 Hip-hop fans are in for some treats this week: along with very different efforts from Chicago risers ZMoney and Taylor Bennett, there are mixtapes from across the South (by veterans and newcomers alike) and a pair of rap mixes that do things right. Elsewhere, Peder Mannerfelt and Nammy Wams step up for expert sessions. 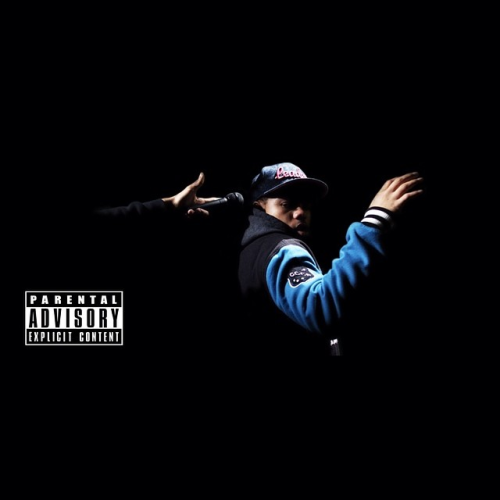 If you didn’t already know, it only takes a few minutes of Mainstream Music to realize that Taylor Bennett is Chance the Rapper’s brother. Comparisons are inevitable, and Taylor knows it, seemingly leaning in with an approach that is extremely similar to that of his older and better known sibling. But while they share a nasal flow, an uneasy singing voice, and an ear for outsider beats, Mainstream Music zigs into bubbly alt-synth-pop where Acid Rap zagged into jazz-soul.

Not to belabor the point, but it’s like a hyperactive little brother fighting for attention. Taylor’s overactive stream of consciousness rapping sees lyrics tumble forth and onto each other. His flow results in an overabundance of ideas, if not necessarily many new ones (“My life’s in traffic / it’s always moving / my life’s in action / I’m in a movie” and so on). But while his singing can be distracting (the moaning and groaning on ‘Fire’), his strongest songs are when he nails a hook with the croon of an early-aughts emo-pop frontman; Mainstream Music is more Brand New than Brand Nubian.

Standout ‘New Chevy’ features a laidback King Louie, who sounds oddly comfortable over some prog-rock synth noodling, and horn-heavy drug anthem ‘Creme Brulee’ sees Taylor sharpen his flow to keep up with Lil Herb. While the moody and menacing ‘New Additude’ and ‘Right Now’ sound out of place, Taylor is still finding his voice, and he knows it: “labels think that I’m a goofy / trying to sign me / that’s a doozy / I don’t even know my signature,” he admits. At a time when Chance and Vic Mensa both appear on XXL’s Freshmen list, this brand of left-field hip-hop is mainstream music, and we wouldn’t be surprised if Taylor finds a way out of his brother’s shadow. 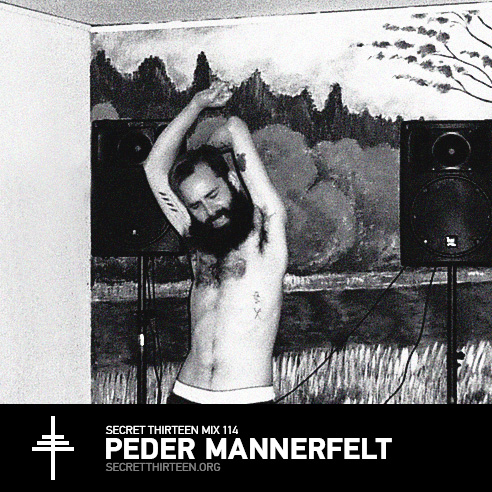 Also known as The Subliminal Kid, Peder Mannerfelt is probably better known as a producer than he is a solo artist. His fingerprints were all over Fever Ray’s stunning debut album, and he’s also part of Roll The Dice (with Malcolm Pardon). Still, under the radar he’s been producing solo material that never fails to enthrall (his latest is set to drop any time now on Brad Rose’s Digitalis imprint), and this bumper mix proves his head is well and truly in the right place.

Drifting from old to new with ease, Mannerfelt blends fresh cuts such as Visionist’s icy rework of Glasser’s ‘Shape’ and Klara Lewis’s ‘Untitled’ with tracks that have just about fallen from view – Benge’s gorgeous (and underrated) ‘1985 Yamaha CX5M’ and SND’s ’01:32:20’ for example. Tying together the recent wave of nu-industrial practitioners with classic electronica and US hardcore (really), it’s a diverse and constantly surprising collection. 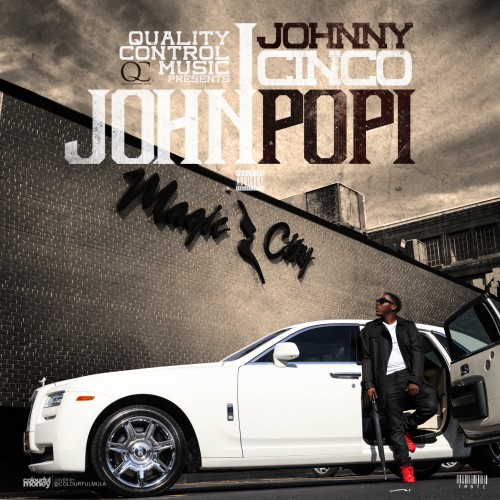 Johnny Cinco is another post-Future rapper in the mold of Young Thug, Rich Homie Quan and Lil Silk, pushing the limits of rap vocals, armed with Auto-Tune and an experimental streak. Like his contemporaries, Cinco’s half-sung grumbles are pitch-shifted, distorted and otherwise processed beyond recognition, but with a taste for overdubs and layered vocals, his best tracks find his vocals acting as textures. On the moody ‘All I Got’, the approach is unsettling (in a good way).

Production-wise, Spiffy, The Yardeez and others contort Atlanta tropes just enough to make things interesting: splatterings of synth (including touches of synth-guitar) and the usual trap fixings mingle but leave enough space for Cinco, without making it an ear-dulling listen. The subtly the beats is a tide that raises all ships, with tracks like the chiptune-carnival of ‘Hello’ even stranger and stronger in relief.

Broken up by increasingly spun-out ‘Crazy Hoe Call’ interludes are a baker’s dozen of impressionist rap sketches — some of the more obtuse material coming out of the scene. There might not be anything as catchy as last year’s smash ‘They Gave The Wrong Young Nigga Money’, but we wouldn’t be surprised if something like ‘We Came A Long Way’ broke out of the pack. 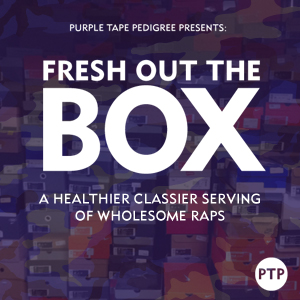 WEN & BENEATH
FRESH OUT THE BOX MIX

If you managed to catch Wen’s outstanding Signals album you’ll know how much buzz there is surrounding the Keysound purveyor of skeletal grime. His set’s a bit of something different, too – instead of going the regular route and slotting together a bunch of gut-punching Boxed anthems, he opts for a pensive selection of Road rap. There’s something that warms the cockles about Wen doing a UK rap set in the birthplace of hip-hop itself, and the fact that he manages to dig up so many huge tunes in the process is just the icing on the cake.

Benath’s set doesn’t offer as many shocks, but it no less arresting as he assaults with a veritable barrage of moody trunk rattlers. Whether he intends to or not, he manages to bring back a sound that’s been missing for far too long, and his short set elicits fond memories of hooded lads swaying in darkened Northern rooms. Magic. 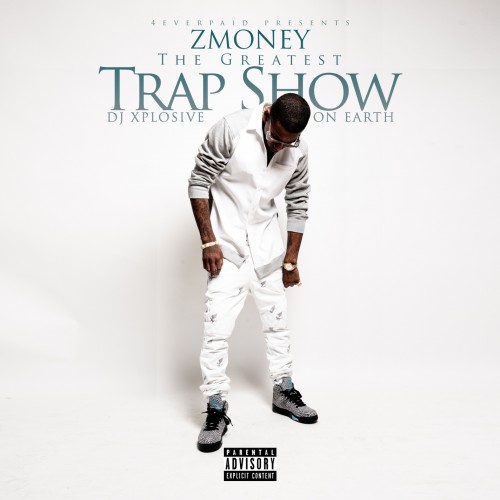 Trap Nephilim Zmoney returns with this loosies and ‘hits’ compilation, which he’s amusingly titled The Greatest Trap Show on Earth (presumably “ever”). It’s a stop-gap release, for sure, but a much-needed one – crew collection The Mobb Tape remains one of the year’s finest releases thus far, but Zmoney’s been busy ever since, and it’s a welcome sight to see ‘Dope Boy Magic’, ‘Ion Do Dat’ and recent Danny Brown collaboration ‘Jug N Finesse’ all in one place.

These standout drops are sandwiched next to more established tracks like Heroin Musik’s stone-cold-banger ‘Let You Know’ and RichB4Rap opener ‘Ferragamo’, so whether you’re new to Zernardo Tate’s output or not, you’re gonna want to grab this one. It should just tide us over until the ambitious triple-album 3mpire, which is due to drop some time this summer. #FreeZmoney 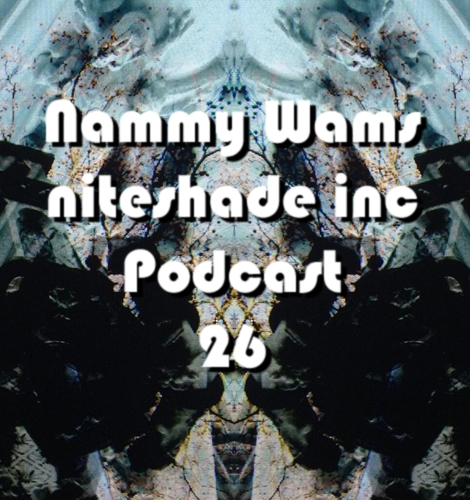 Newcomer Nammy Wams makes a splash with this powerhouse, dub-a-minute session. The instrumental grime scene is so fertile that we’re treated to at least a new mix or radio session every week, yet few with the non-stop motor and contagious sense of urgency on display here. Apart from the Cooly G opener and the James Ferraro closer, the mix is split between the producer’s own instrumentals and those by fellow rising talents Shadow Face and Echalon, and the order of the day is battle-ready uneasiness and a ruptured, speaker-rattling glory. The mix is often overwhelming, with negative space seemingly banished to the Negative Zone, which we’re betting will keep this one in rotation. 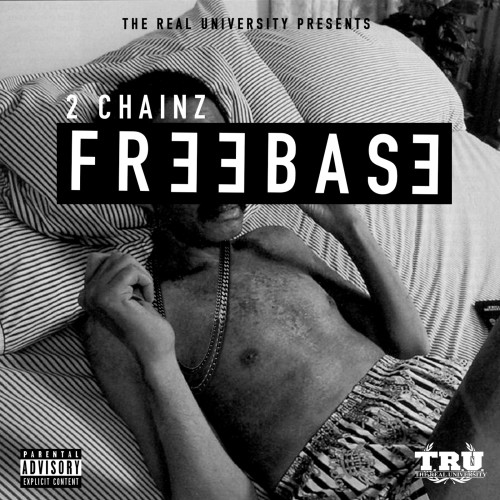 2 Chainz hasn’t exactly been reliable of late. His ascent has been halted by too many guest bars, a patchy full-length and a cookbook, so we’ll be the first to admit that the prospect of a “throwaway” new EP didn’t exactly instill us with confidence.

It’s a welcome surprise then, that FreeBase is the best collection of tunes Tity Boi has put together in ages. It’s concise for a start – there are six proper tracks – and each tune is a bona fide banger, produced by some of the best in the industry – Honorable C Note, DJ Paul, Mike Will Made It, Metro Boomin’ and Young Chop. It feels as if Tity has spared no expense, his rhymes are funny and sharp (from ‘Trap Back’s triplet acknowledgement “This flow come from Drizzy he got it from Migos they got it from Three 6” to ‘They Know’s humorous “I run that bitch over, call it Trukfit.”) and he’s hooked up a litany of smart guest spots – A$AP Rocky, Ty Dolla $ign, Rick Ross, Cap 1 and, amazingly, Lil Boosie. It’s cracking stuff from beginning to end… who’d have thought? 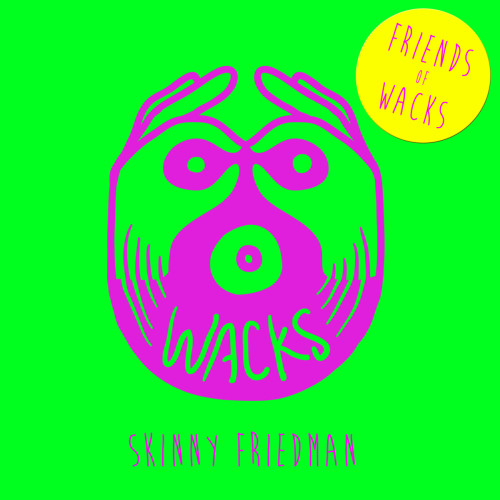 Skinny’s becoming a regular fixture in this column, and his latest mix, while brief (it clocks in at under half-an-hour), is another reason why you need to make sure you’ve hit that “Follow” button on Soundcloud. Touted as a “Rap Mix,” Skinny rounds up a few recent highlights (Future’s three stacks impression and the man himself on ‘Watchutola’, YG’s awkwardly romantic ‘Me and My Bitch’, 100s unfuckwithable ’10 Freaky Hoes’) and hooks them together with packing tape, fairy dust and a touch of Super Mario World.

Generally this column tends to be a set of rap “mixtapes” and then a handful of dance blends, so it’s actually refreshing to hear that at least one person hasn’t forgotten that you can actually mix rap too, you just have to be a bit smarter about it. 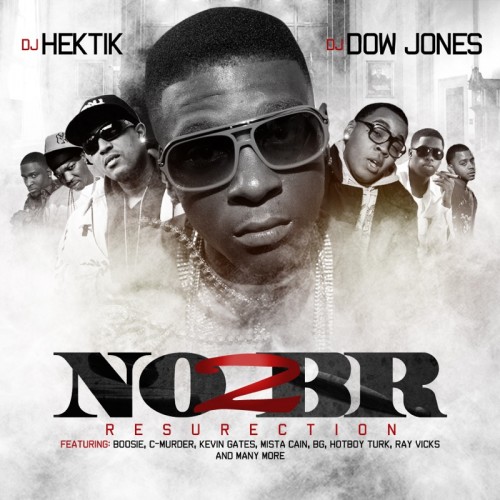 DJ Hektik and DJ Dow Jones round up several months worth of Louisiana rap on N.O. 2 The B.R., which — as the title suggests — covers its bases from New Orleans to Baton Rouge. It’s a 35-track, 100-minute monster, and while some are nearly unlistenable (even by slapdash mixtape standards), there’s some heat here, especially when it leans on the area’s distinctly bouncy and brassy sound. The big draw is the recently-freed Lil Boosie, whether teaming with C-Murder on ‘Came to Da Can’, 2 Chainz (and Mike Will) on ‘Wuda Cuda Shuda’ or longtime collaborators Webbie and Fox on the soulfully apropos ‘Pray For Me’. ‘Heart Of A Lion’ sees him making throwback nods to Muhammed Ali and Mr. T, but a line like “only thing I’m scared of in this world is catching HIV” is pretty sobering.

Among the cookie cutter tracks and familiar reworkings (Kendall Cloud borrows from C-Murder’s classic ‘Down 4 My Niggas’, Harley Ken and Deezy Cain crib from Luda’s ‘Move Bitch’), there are some vividly drawn lyrical pictures. C-Loc and Lil Phat’s sparse, Scarface-sampling ‘Shoot First’ sneaks up with lyrics like “kill behind gossip / don’t even know for sure / broad daylight, coming out the corner store / left his brains laying next to his Four Loko,” and Gudda Gudda sounds like a heartbroken Big KRIT on ‘Let Me Be Me’: “my life ain’t been nothin’ but pain, never real treasures / body bags, courtrooms, chairs with wheels, stretchers / ambulance, jail cell, STDs tester / colostomy bags, toe tags and sweaters / with our partnas’ faces on ’em, let you know we miss you.” Ouch.

Fool’s Gold has always been at the forefront of the convergence of hip-hop and electronic music, which makes this pairing of A-Trak and Lex Luger seem both inevitable and a bit late to the party. The type of trap-EDM hybrids on display here have been fueling Soundcloud, festivals and US clubs for a couple years now, albeit without the star power on Low Pros, and the seven-track EP is certainly not breaking any new ground.

The best tracks on Low Pros feature rising Atlanta stars Young Thug, Peewee Longway and Que on ‘Frankie Lymon’ and ‘Jack Tripper’, even if references to ‘Why Do Fools Fall In Love’ and Three’s Company will fly over the heads of almost everyone. Juvenile is a treat on the synth-laced bounce of ‘Muscle’, his A-Trak / Aflak squeals a bonus. When the EP veers too far into EDM, it suffers: it’s not clear what Travi$ Scott brings to the table on the where’s-the-drop ‘100 Bottles’ (A$AP Ferg is a wash on the remix), and there’s no way five producers were needed on the Hard Fest bait of ‘Ohmygosh’. Unfortunately, the EP should have been 3 tracks on a better mixtape.