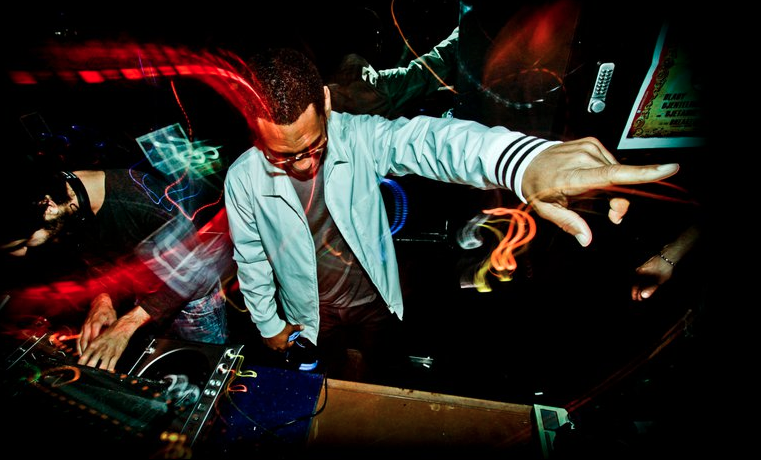 Legendary musician and mystic Sun Ra would have turned 100 this year. In celebration of the man’s lasting legacy, King Britt has put together a re-interpretation of one of his classics, ‘Space Is The Place’.

Unveiled as part of Dark Matter Coffee’s launch of Astro Black, a coffee blend that’s supposedly “certified for intergalactic travel, for folks with avant-garde taste”, Britt’s Fholston Paradigm Live Transmission Mix is a subtle, pulsing take on the original that sends the listener on a 18-minute cosmic journey. In the spirit of Sun Ra, the track is described as follows:

The transmission was discovered on a frequency, that someone in Philadelphia picked up, while using a cb. The mantra swims in and out of existence with the various movements of this sonic palette, creating a juxtaposition of genres and emotions. Not sure what sector of the universe it is coming from, but the message is clear, Space is the Place.

King Britt will be appearing in Chicago on May 21 for a live Sun Ra tribute inspired by this rework that will also kick off the Chicago Jazz Festival’s Neighborhood Night Series.

Update: King Britt and Kate Watson-Wallace are also curating a Sun Ra tribute in Philadelphia on June 6, featuring a cosmic ensemble that includes Tendai Maraire from Shabazz Palaces and a set by Anti Pop’s Hprizm.