Venus X shuts down GHE2O GOTH1K, slams Rihanna for “collecting all the credit for my brand” 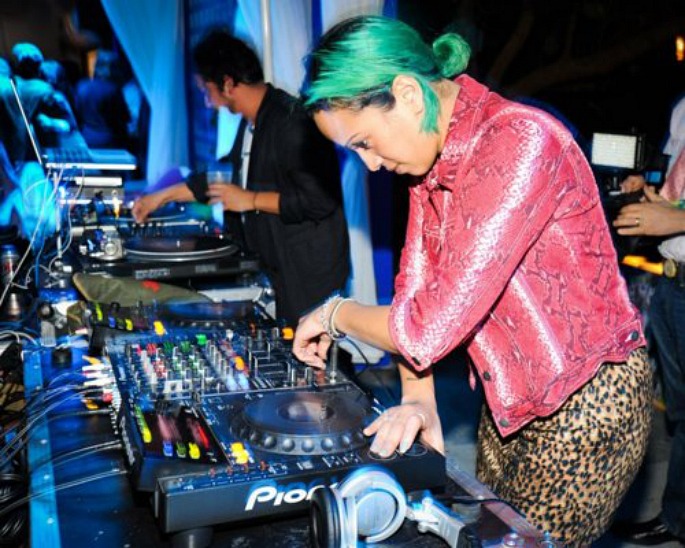 Venus X has shut down her underground party-turned-movement GHE2O GOTH1K, blaming Rihanna for appropriating the scene’s style without giving its originators credit.

In a series of tweets prompted by blog coverage of the “ghettogoth” style worn by Rihanna at a recent awards show, Venus labelled the pop singer a “dumb industry sex slave bitch” who was collecting “all the coins and credit” for her “brand”.

Venus X launched GHE20 GOTH1K in 2009 with her friend Shayne Oliver, designer of cult street brand Hood By Air. Starting as an underground party that attracted clubbers of all races, genders and orientations, the night grew into a subculture of its own with a strongly political edge.

As Venus told Fader last year: “The politics are radical. They’re anti-capitalist and are pro-freedom and democracy — things that we don’t know much about anywhere in the world.” [via Dazed]

Read the tweets below.

I work so hard for some dumb industry sex slave bitch to come collect all the coins and credit for my brand? @rihanna #ghettogoth — VENUS X (@VENUSXGG) May 12, 2014

A movement born out of isolation, being the weird kid, political frustration and a desire to expand the idea of what is cool. #ghettogoth — VENUS X (@VENUSXGG) May 12, 2014

Hate to say it but I can’t continue building my personal brand if she’s going to be credited. @GHE20G0TH1K was amazing…so was being a DJ.

I will not be throwing any more #ghettogoth parties or djing. @rihanna thank you for teaching me a lesson. GOODBYE WORLD

I can’t keep fighting guns with bows and arrows…sorry to my fans.