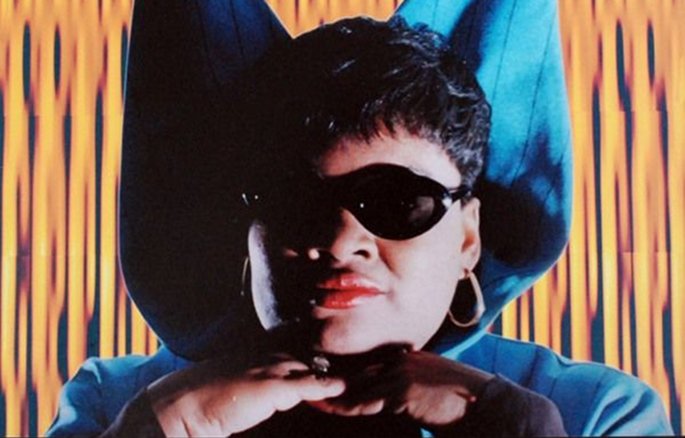 Back in 2013, we pulled together a list of the most underrated techno albums of the last 25 years – and there turned out to be so many we had to publish a sequel. Hardly surprising, really: techno’s meditative bent and way with a high-concept has, broadly speaking, made it a particular friend to the album format.

Not so with house albums. From the early years onwards, house producers have, for the most part, aimed pointedly at the floor. Some of that is arguably structural: looser and lither than their techno counterparts, house records tend to be less well suited to the blinds-down-headphones-on listening experience. But it’s also a mark of a sound that, across continents and scenes, has typically been meted out in 12″ micro-doses. When an exceptional house artist album arrives, it inevitably zooms to the top of the barrel with bends-inducing speed, leaving a trail of okay-to-weak LPs in its wake.

Lesser-known gems are, however, very much out there. We’ve checked our respective record shelves, surveyed heads (Jerome Derradji and Mr Beatnick among them), and pulled together a list of excellent – and, in some cases, out-and-out classic – house albums you’re unlikely to have encountered, at least from start-to-finish. Most are from the 1990s, but beyond that it’s a broad and vibrant congregation. Be upstanding for, amongst others: Warp-sanctioned obscurities; forgotten filter house; diva house in exclesis; and a first-wave standout that never quite made it to shore. 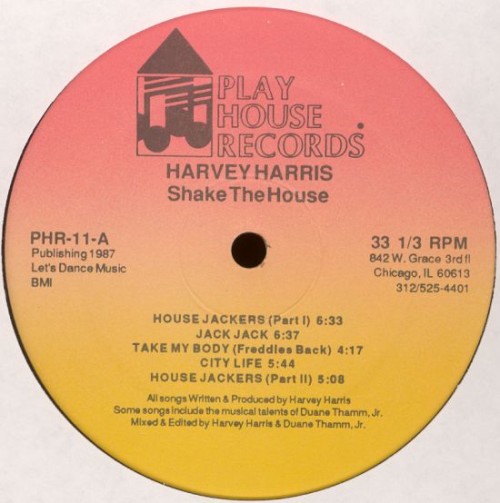 Operational during house’s 1986-89 Paleogene period, Chicago’s Play House Records put out a string of jackin’ releases from the likes of Andre Wade and Denise Motto. Harvey Harris’ Shake The House was their only artist album, and it’s a fascinating transmission from a time when house was still only a degree of separation away from aloof European electro-pop. Musty jack is the order of the day – all whipcrack percussion, eerie vocals and wilting melody lines. A clutch of releases as Wanted! For Fun followed, but Harris had essentially disappeared from view before the decade was out. 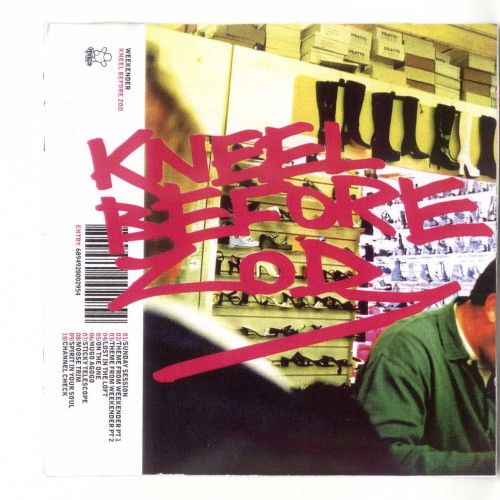 Sheffield was an unlikely focal point for deep house in the late ’90s, and Toko sat at the very centre of the scene. Their slew of 12”s is now spoken of in hushed tones, but the label also released a handful of full-lengths, and while their Soul In Your Spacesuit compilation is probably the best known, Weekender’s Kneel Before Zod is a forgotten pinnacle of the label’s output. Deeper than deep, it exhibits exactly the kind of sound that the label nailed – syrupy, jazzy 7-minute+ epics that occasionally skate closer to rare groove than they do ‘proper’ house, and we don’t mind one bit. 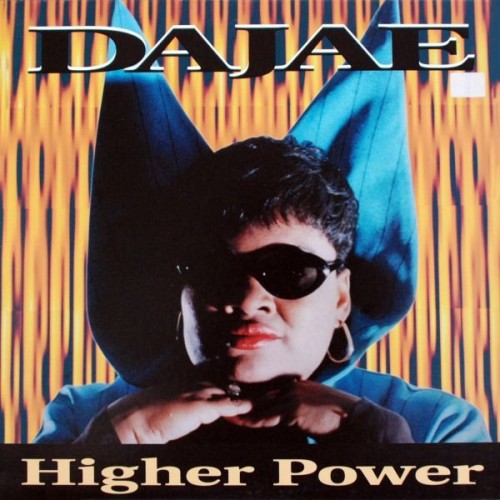 A key early Cajmere collaborator, Dajae punched high on the US dance chart with 1992’s ‘Brighter Days’, and scored a Number One three years later with ‘Day By Day’. In between those milestones lies her only album, Higher Power, which doesn’t put an (extravagantly manicured) foot wrong. Dajae belts with the best of them, and she’s supported by a string of Cajmere production that prove rootsier (‘Day By Day’), spikier (‘Brighter Days’), and odder (the lumbering funk of ‘Fakes & Phonies’) than most mid-’90s diva house fodder. Hula & K. Fingers also crop up in the credits – which leads us onto… 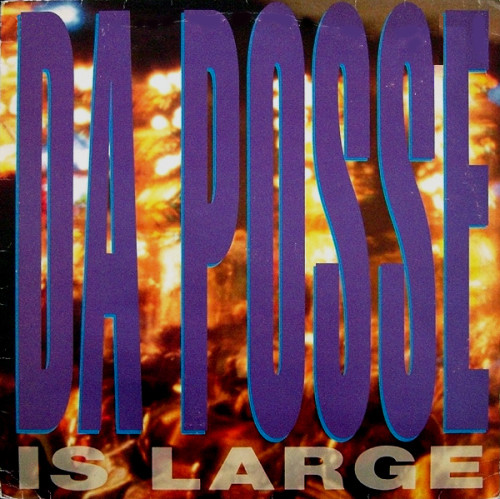 Da Posse – the triumvirate of Hula, K. Fingers and Maurice In Da Posse – debuted in 1988 with the spry acid cut ‘Strings’, and followed up with a run of killer vocal house singles (1988’s ‘In The Heat of The Night’ was recently reissued on Freerange; 1989 Dance Mania single ‘Searchin’ Hard’ still sounds superb). Solitary album Is Large collects select mixes of their singles up to 1990: some are deep (‘In The Life (Keys Mix)’, some are borderline psychedelic (‘Don’t Try To Fight It (In Effect Mix)’, but just about everything is underpinned by elastic, sinewy bass programming that totally out-wibbles the competition. 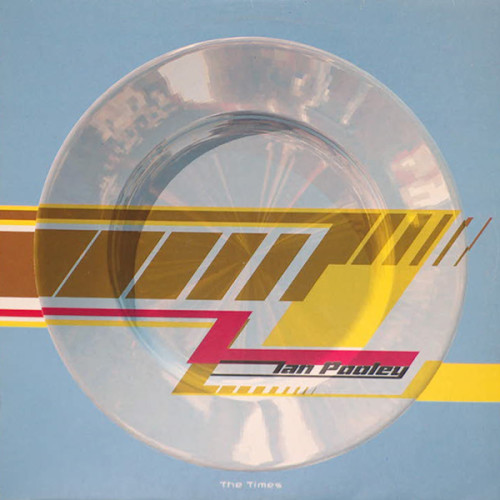 German producer Ian Pooley later went on to become quite rightly massive, but this early album has, for whatever reason, been brushed under the carpet. Miles away from the sun-kissed jazz house he’d go on to perfect on 2000’s Since Then, The Times emerged on Force Inc – the German label that birthed experimental imprint Mille Plateaux and glitch-house outpost Force Tracks before tanking in the early ‘00s. It’s surprisingly Detroit-indebted material, blessed with minor-key synth pads and rolling 909s, and occasionally dipping into acid to break up the soulful, ambient haze. 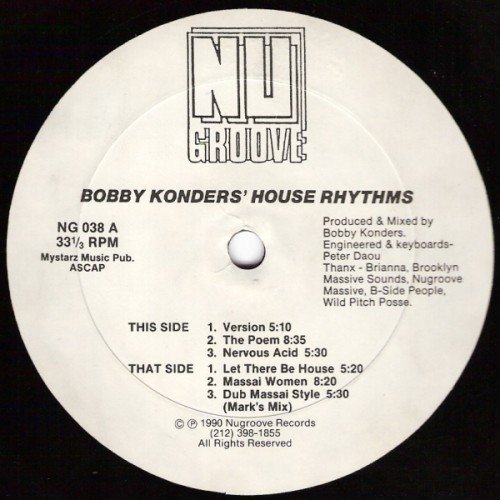 For sure, you don’t have to ferret too far through the Nu Groove catalogue to find House Rhythms, but, given its obvious calibre, Konders’ 1990 mini-album is still heard far too infrequently. Best known as a dancehall and ragga DJ, Konders put out a smattering of deep, sunbaked house releases at the turn of the 1990s. His best productions are all included here, including the stunning ‘The Poem’, which Kassem Mosse fans will lose their proverbial over. A once-bitten-forever-smitten sort of affair. 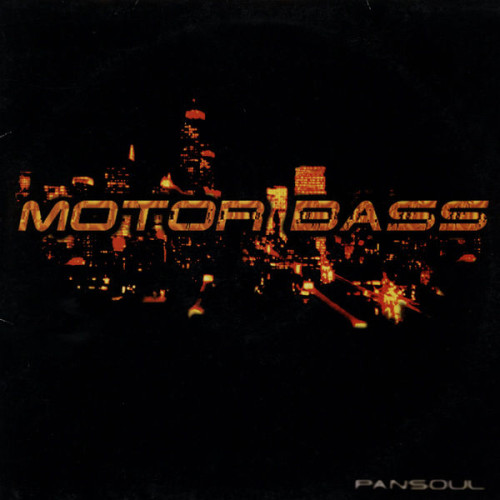 You’ve done your Homework, and if you’re a real swot you’ll have spent time with the Super Discount compilation too, but, unless you were plugged into French Touch at the time, you probably haven’t investigated Pansoul – one of the great early examples of the disco-dippy filter house sound. Here, Motorbass – Etienne de Crécy and Cassius’ Philippe Zdar – make glitchy, angular disco with an unusally strong deep house undercurrent. KDJ sur des Champs-Elysées, if you will. 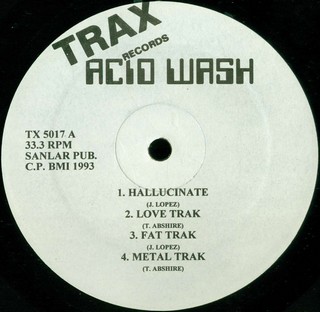 Yep, it’s on Trax, and Chicago’s Johnny Fiasco followed up Acid Wash with records for Green Velvet’s esteemed Cajual imprint, but for some reason this 1993 LP’s still faded into almost total obscurity. Made up of eight naked acid house belters, it’s a rare acid album in a sea of one-off singles and hastily sequenced compilations, and the fact that Fiasco’s collaborator T. Abshire appears to totally disappear after its release makes it all the more enticing. 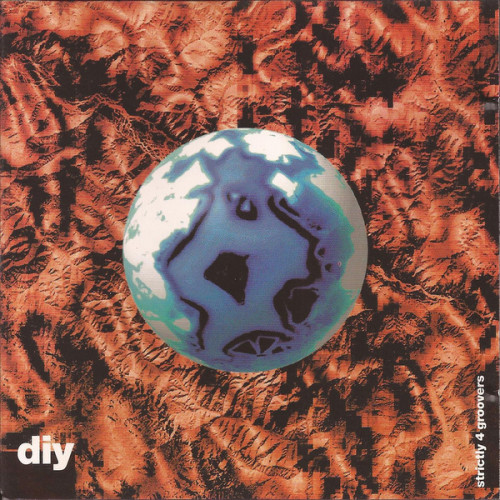 While they may have faded into obscurity, for a time Nottingham’s DiY crew were unavoidable. They made the jump from rave promotion into a fully-fledged DJ/production outfit, and if you spent any time in the Midlands in the 1990s, you probably caught them manning the decks and doing a damn good job of it. From the outside, Strictly 4 Groovers looks like a compilation, but the confusing tracklist is simply a selection of (often one-off) monikers from the tight collective, and it plays as a timely reminder of how important they were to the burgeoning deep house sound. 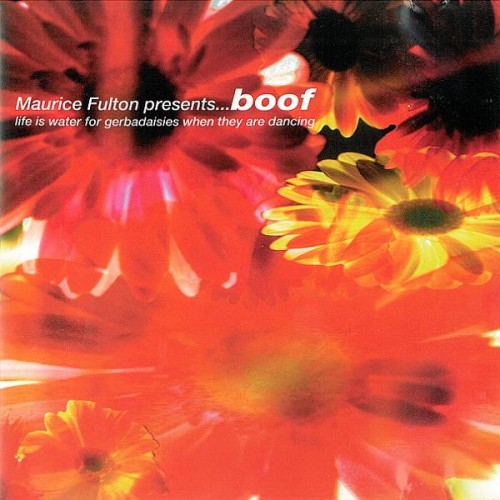 BOOF
Life Is Water For Gerbadaisies When They Are Dancing
(Spectrum, 2000)

Regular FACT visitors will know this well, but we’ll rep Maurice Fulton to the ends of the earth. To be honest, even his better known recordings – Syclops’ I’ve Got My Eye On You, say – don’t get anywhere near enough attention, so his more arcane side projects tend to make only the measliest of blips on the radar. His first album as Boof falls into that category: a cheery blend of funk, fusion, dub and soul that sounds like it was written by more people than actually ended up listening to it. Follow-ups A Soft Kiss By A Rose and Shhh Dandelions At Play are great, too. 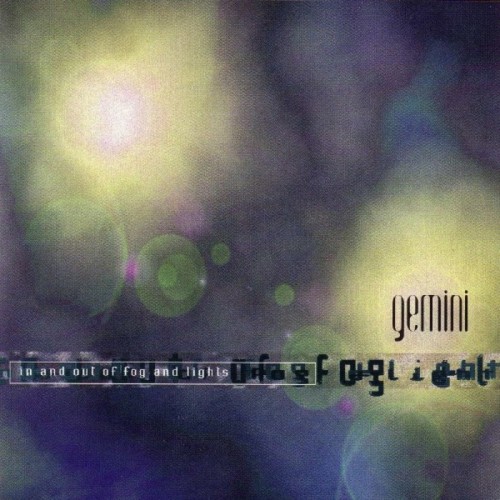 Another one in the Konders mould: you might have heard Ben UFO or Autechre raving about Gemini (or, indeed, kept up with the deeply sad stories about his personal fall from grace that did the rounds a few years back), but have you actually listened to one of Spencer Kincy’s classic late-1990s albums? Substance LP In Neutral is brilliant, but this Peacefrog effort is the strongest of the bunch – eclectic, rainbow-coloured Chicago house with a painterly sense of light and shade. 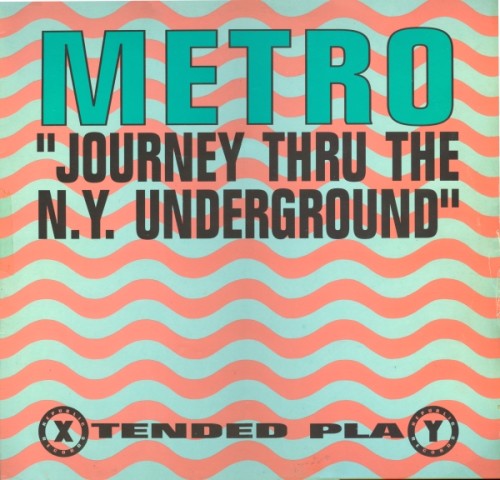 Many New York artists (and a fair few British ones too) have taken inspiration from the rattle of the subway, and this 1990 concept album is a particular favourite from the canon. Rheji Burrell is, of course, very well known for his output with twin brother Ronald, but this solo collection is much less familiar. Compiling material previously released on 12″, Journey Thru The NY Underground contains ‘Straphanger’ – one of Burrell’s prickliest releases – and the shimmering ‘Brownstone Express’. A delight – and one that, in the wake of Rush Hour’s fine 2012 compilation The Nu Groove Years, more and more curious house fans are chancing across. 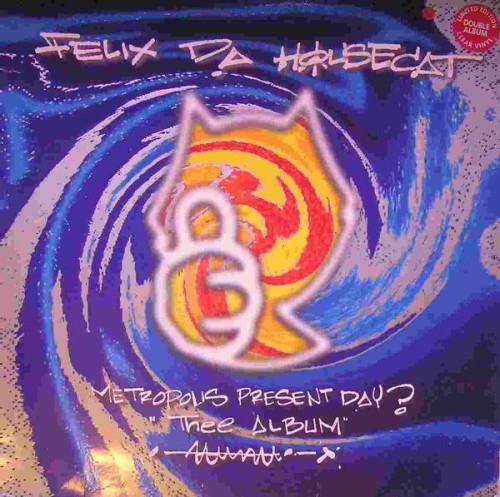 Back in 5 B.E. (Before Electroclash), Chicago’s Felix Da Housecat was a genuinely invigorating producer, putting out smutty buzzsaw house (‘Freakadelica’, ‘Thee?’) scarred with industrial noise. 15 years of chintz, trash and punctuation abuse haven’t exactly done his reputation any favours, but his 1995 debut album remains about nine times better than you’d probably expect it to be. Like the best Larry Heard records, Metropolis Presents… skips between pranging oddball house and seriously lovely deep fare, and doesn’t drop the ball once. 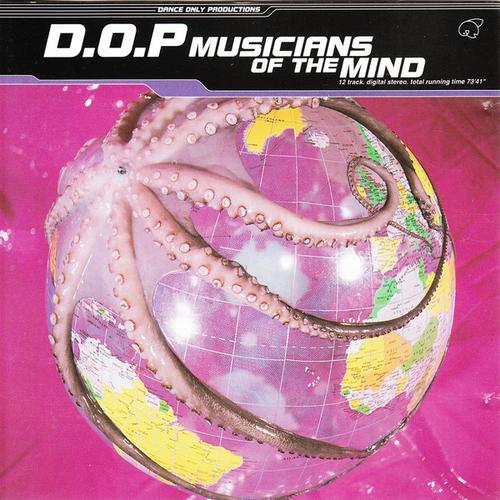 A time capsule from the progressive era – a period not exactly known for a thriving litter of killer full-lengths. Still, West London duo Dance Only Productions’ first LP for Guerrilla is a tall poppy in a field of cress. Singles ‘Groovy Beat’ and ‘Don’t Stop The Music’ (recently plundered by Actress) stand out, but, once you’ve acclimatised to the crustiness, Musicians Of The Mind is glorious fun throughout – breakbeat-driven, melodramatic and as garish as, well, a squid spooning a pink globe. 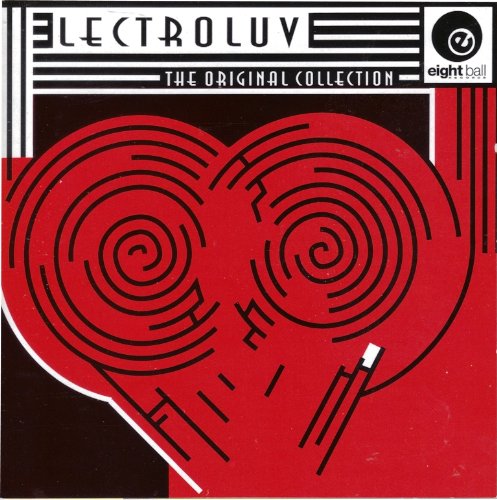 Eightball Records are one of the key imprints in the development of New York’s garage sound, with Mood II Swing among the acts cropping up on their books. The African Dream’s self-titled 1994 LP is their banner album, but we’ve also got plenty of time for this 1995 Fred Jorio compilation – a fine compendium of swung house, including ‘Cure The Luv’, ‘People Don’t Believe’ and Junior Vasquez’s crunchy remix of ‘Dream Drums’.