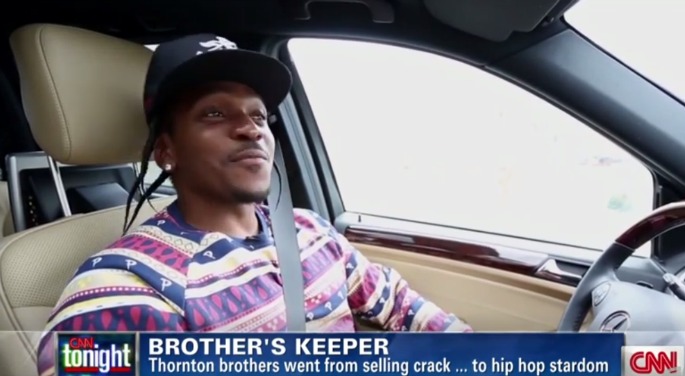 CNN donned their surgical gloves to gingerly inspect that phenomenon known as “rap music” in a mini-documentary screened last night about Clipse.

Despite the occasionally goggle-eyed tone of the reporter, it makes for fascinating viewing, detailing how Pusha T and No Malice rose to fame and tracing their estrangement as the latter turned to religion. The fact that the brothers never once appear on camera together suggests that we shouldn’t hold our breath for that Clipse reunion.

Watch the documentary below. No Malice previewed some new solo material last summer, while Pusha appears a spot on one of the best hip hop tracks of the year so far.