Emojis and macaroni: Looking back at Chief Keef’s year of weird and wonderful releases 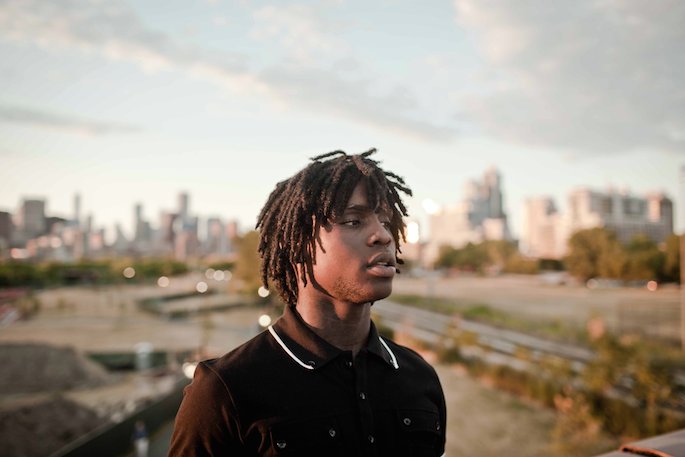 Chief Keef has had plenty of headlines over the past year — for everything to probation violations to Yeezus spots to stints in rehab — but the blog-fodder obscures the larger story: a seemingly never-ending stream of decidedly strange singles from the polarizing rapper.

The first of hint of what was to come was Finally Rich deluxe cut ‘Citgo’, which left behind the album’s menacing drill sound for an aquatic, thousand-leagues deep beat by fellow teen Young Ravisu, and saw Keef turn his already half-lidded boasts into emoish groans and mumbles.

The same mischievously irreverent streak has made Keef’s output over the last 12 months so interesting, as if he decided to challenge critics by doubling-down on a style already dismissed as unimaginative, lackadaisical and The Problem With Hip-Hop Today. In many ways, Keef’s sonic experiments mirror those of Young Thug — another member of the rap vanguard seemingly unconcerned with hip-hop purity.

While Keef has dropped several releases that flirt with the drill sound of his early hits (songs like the Lex Luger-produced ‘Save Me’ and the narcotic ‘Close That Door’), here are the ones that stopped us in our tracks and reminded us that the 18-year-old Chicagoan’s career is just beginning.

Animated by galloping trance synths that sound like steel drums, ‘Macaroni Time’ is a full-throated sing-along that finds Keef gurgling with what can only charitably described as harmonies. A summertime anthem in an alternate universe.

Produced by Atlanta hitmaker Zaytoven, ‘Round Da Rosey’ certainly seems like it could have been a track by frequent Zay client (and onetime Keef mentor) Gucci Mane at one point. Keef turns a nursery rhyme into something ominous and druggy over an elastic beat, hinting at what a rumored Keef-Zaytoven full-length could have sounded like.

After 30 seconds of screwed-down, Auto-Tuned mumbling, Keef launches into his most haunting song yet. His confessional “cause I don’t wanna have to go to jail” and his plans to move to Puerto Rico when the heat is on (aww) are quick reminders that, no matter his faults, he’s still just a troubled teenager.

When it dropped, we described the sequel to Keef’s breakthrough tape as “a surreal, gross, poorly put together and tough to even listen to at a paltry 128kbps, yet it’s also refreshing and oddly brilliant.” Promising ideas sit uncomfortably next to poorly executed ones, and the best beats (like the hypnotic, loopy one on ‘Bank Closed’) are rarely paired with Keef’s better Auto-Tuned vocal runs (‘All The Time’, ‘Ain’t Done Turnin Up’, ‘No I Don’t’). Exceptions are ‘Hoez N Oz’, a warped rap counterpoint to DJ Nate’s underrated ‘So Attached’, and ‘Gotta Glo Up One Day’, an improbably inspirational tune that finds Keef rasping that “everybody gotta glo up one day.”

Keef’s second mixtape of 2013 was just as uneven as Bang Pt. 2, buoyed with a handful of left-field cuts at near the tape’s end. On ‘Salty’, Keef pulled off Future-istic singing over hyperactive synths and percussion that clatters rather than wallops. Elsewhere, he toyed with a warbling falsetto (‘I Kno’) and twinkling beats that give him space to breathe (‘Baby What’s Wrong With You’), but a few songs didn’t make this one Almighty.

A spiritual successor to ‘Macaroni Time’ (despite Keef’s lyrical claims that he wished he never made that song), ‘Emojis’ sounds exactly how the name suggests: synth-splattered, ringtone rap with short-hand lyrics that are equal parts saccharine and glycerine.

The video for ‘That’s It’ begins with a drugged-out and distant version of the song, and the proper version is no more decipherable. Keef replaces syllables and words with grunted phonemes as the bubbly beat bounces along.

After serving 90 days in a court-mandated rehab program, this song seems inevitable: was there anyway Keef would have taken the stay as a wake-up call? Over surges of bass and metallic twinkle, Keef turns “fuck rehab” into a chant, enunciating lines like “rehab make me laugh” and claiming to prefer jail — with a full-throated “getting a lot of maaaiiilll.”

An Auto-Tuned dedication to resignation, ‘How It Go’ sees Keef push his gurgle into Young Thug territory. “Smoking loud pack for my problems,” he claims, “But I got a mac that a solve them.” Admitting you have a problem is just the first step, apparently. Bonus points for the animated Glo Gang in the video.

Over his wooziest beat yet — with a woodwind melody that drips mourning and yearning — Keef almost sticks entirely to singing. “Would you like if my hair was gone? / would you like me if my hair was shorter or if my hair was long?” he wonders aloud. Each iteration of “no / know” is a new emotional outburst — this is his version of The Beatles’ ‘When I’m Sixty-Four’.