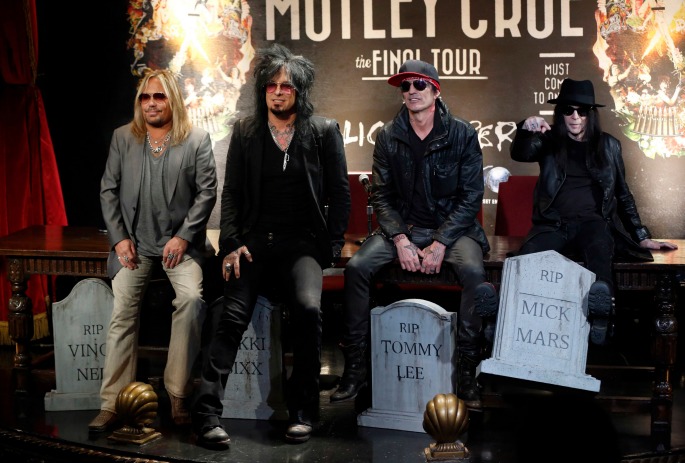 He and bassist Nikki Sixx recently joined director Jeff Tremaine for a read-through of the script based on 2001’s The Dirt, calling it “probably the most fucking insanely surrealistic experience I’ve ever sat through – probably two hours and change of literally watching people act and play through this two-hour plus movie of 30 years of your life. I was just like, ‘What the fuck?! That’s insane! This movie is insane!'”

If you’ve read the book, you’ll know he’s not kidding when he says: “Even just the way the movie starts, you’re like, ‘How the hell are we gonna rate this thing? Triple R?'”

Casting is slated for late July, with band members Lee, Sixx, Vince Neil and Mick Mars likely to be played by unknown actors. They will then be invited to join the band on tour to do a bit of, er, research.

“I can just imagine some 25-year-old actor getting the part and being sent on the road to hang out and study us,” says Lee. “Wow, what a trip! They’re gonna definitely come back a different animal.”

The California band have also recorded a new track, ‘All Bad Things Must End’, set for release as part of a new greatest hits album to accompany their farewell tour in July. [via Billboard]