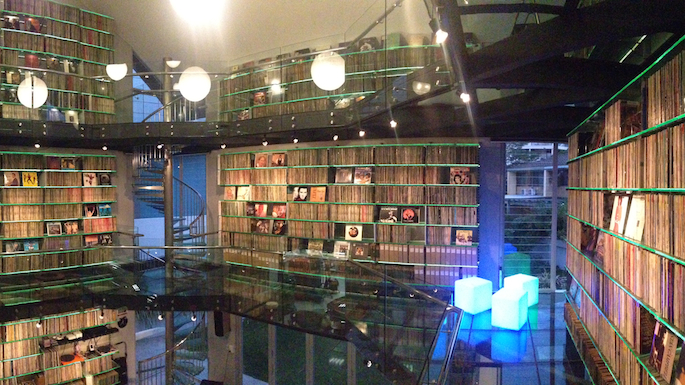 His vinyl weighs a ton.

About a decade ago, Perth radio station 720 ABC sold its massive commercial vinyl collection to local Brad Miocevich. Last year, Miocevich finally finished custom building his home to store the records, and he was interviewed on 720’s Cammo on Breakfast show.

Along with loads of Bowie and Beatles, Miocevich has found music of New Guinea and historical recordings of Winston Churchill, among other oddities. Listen to the interview (in which Cammo jokingly asks if the collector has sought psychotherapy and whether his wife is still with him) and get a better look at the collection below.