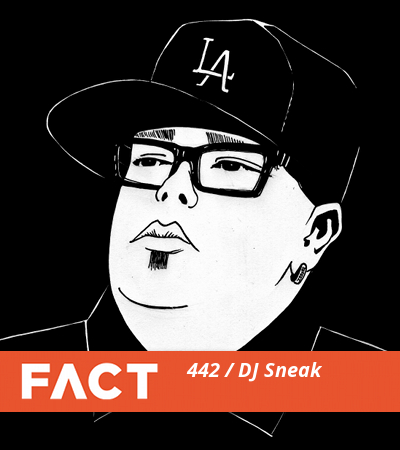 Nicknamed the House Music Gangster, Sosa – better known as DJ Sneak – emerged as part of Chicago’s second wave of house producers, making his mark on the early ’90s with a succession of hard, rolling house singles on labels like Relief – a sister label of Cajual – and Sneak’s own Defiant. As the ’90s progressed, Sneak made his mark on some of house music’s most important imprints – singles arrived on Strictly Rhythm, Henry Street Records and more – while also steadily releasing mix CDs and artist albums, starting with 1996’s Rice and Beans, Please!

Although recent years have seen Sneak productions arrive on some of Europe’s trendier labels – Desolat, Circus – he’s about as far from a v-neck as it’s possible to get, throwing down sets with the sort of authority that only decades in the game can breed. He’s still a big public vinyl supporter, and is absolutely incapable of staying out of an argument on Twitter – sure, it probably drives his management up the wall, but if you ask us, the game needs people like that to keep its blood flowing.

Sneak’s FACT mix comes ahead of his appearances at Found Festival, and Found’s later Ceremony Festival – the tracklist is below, but the sharp-eared will also pick up footage of Sneak interviewing Derrick Carter over Skype. Sneak also has the first in a new series of EPs designed for “warehouses and unusual venues”, Moody Warehouse Music Vol. 1, due out on Magnetic Recordings on June 16. For more, head to Sneak’s site.