“I’m not trying to say I’m a superhero”: Masked rapper Issue on Teaholics and dream rap 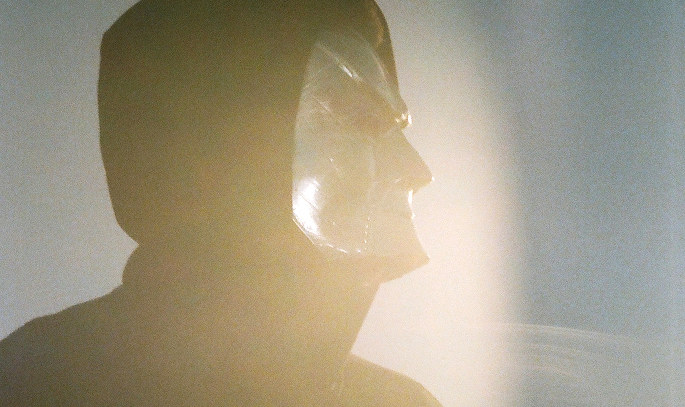 Somewhere between Pink Floyd and Lil B sits Bay Area rapper ISSUE. That’s his own assessment, but somehow – between the sleepy, jazz-tinged ambience of his tracks, the free-form improvisational flow and the insane work ethic – it doesn’t feel far off the mark.

The 19-year-old son of Bay Area rapper E-40, ISSUE’s got all the confidence of a much older musician, already running his own label Teaholics and having just put out his debut album Liquid Wisdom via Himanshu Suri’s Greedhead imprint. One of its most addictive tracks, ‘Let Me Do My Thing’, sees him drawling on the hook, “I’m a boss, do you know what I mean?/ I’m a boss, let me do my thing.” It’s all the regular punch of a rap boast, but swilled through a tea-stained filter, familiar and yet a little bit skewed. It’s difficult to say exactly what it is, but there’s no denying ISSUE has it.

Later this year he’s set to drop Teaholics Vol 1, a compilation album introducing the similarly blissed-out artists on his label, but to keep you horizontal until then here’s an exclusive new ISSUE jam (‘Waterfalls’, below) that features plush piano-and-sax production and listless musings on love at first sight, as well as probably the first use you’ve heard of “tubular, dude” in about 20 years.

We caught up recently over the phone to chat Teaholics and dream rap just before he got on his flight to Coachella. “I’ll get some tea when I get there, I guess.”

So you just put Liquid Wisdom out recently – were you happy with how that went down?

Yeah, definitely happy. It’s like a stepping stone to the next project.

The next project – how’s that going to be different?

I’m just gonna have more features, more big features that I wanted to have on Liquid Wisdom… Just people that I really like, people that I’ve always wanted to be on my albums.

What’s the atmosphere like for you when you’re working on music? Because you pretty much always sound like you’re laid back in an armchair, with some tea, all relaxed.

I usually rap in my room, that’s the most comfortable. If I go to the studio, there’s people there and I can’t really get into my whole groove, but when I’m in my room it’s just easier to have my feelings out. So that’s why it’s kinda laid back.

So you’re running Teaholics now – what’s the main aim or ethos of the label?

It’s like, be you, be original, don’t try to copy someone else. I’m all about that. Just being you. Don’t worry about trying to be someone else, or trying to do something that someone told you to do, just be true to yourself. That’s the whole motto for Teaholics.

“I used to say I’m shy, but now, I think it’s just more of a secret identity thing.”

Teaholics Vol. 1 is coming out soon; who’s on that?

Me, obviously, and pretty much everyone on the Teaholics label: Inner, Lil Ocean, Taylor Mace, botaz…It’s a lot of people.

What’s the vibe of it?

Chilled, ambient, downtempo. Just good music. I like to call it dream rap. Lots of people call modern music “cloud rap”, but I think this is more dream rap, you know, spaced out. I don’t really like to call music anything, but if I was to say something it would be dream rap. Cloudy, but not cloud rap…kind of like dream pop.

Your music is so friendly and dreamy and yet you never show your face, and that feels like a strange contrast. Why do you wear a mask?

I used to say I’m shy, but now, I think it’s just more of a secret identity thing. I’m not trying to say I’m a superhero or anything, but I do have a tendency to be more, I guess. And it looks cool. It gives me confidence to do what I do.

Are you gonna unmask someday?

You’ve talked before about relocating to Europe, is that still something you want to do?

Yeah, definitely. I made an announcement on Twitter a couple of days ago that I’m moving to Paris next year. I do want to go to Paris, London – all over the place – Spain, Italy.

What are your ambitions; where do you see yourself five years from now?

And what about your ambitions for Teaholics? Are there any other labels you look up to?

What five tracks are you feeling right now?

And what five tea blends are you feeling?