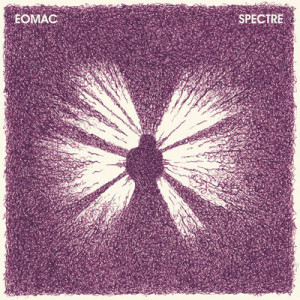 A long, long time ago, as a callow youth, I had one of my formative musical experiences at the sadly-missed Final Frontier at Club UK. Jeff Mills was on, absolutely walloping it out – which in itself was amazing enough – but then after a good while of raving hard, I stepped into Room 2 for a little light relief. The music being played, I think by Billy Nasty, was more mainstream, housey techno, quite groovy, nothing wrong with it in itself, but the contrast from Mills’s sound absolutely blew my mind. For a while, like an idiot, I actually walked back and forth between the areas weighing up one against the other. It wasn’t just that Mills’s techno was harder and faster – but it felt somehow more real, more physically present. It was like having a bloody great lump of granite in one hand and a photograph of a ping pong ball in the other.

All of which would’ve been just another little hey-wow “having a moment” moment if it wasn’t for one key thing: the people in the room where Mills was playing were having a much better time. That grittiness and physical substantiality to his music made people’s reactions to it just that bit more gut-level, more bodily and instant – which of course is exactly as it should be with dance music. This, incidentally, was in about 1994, before techno had really become a separate thing from the body of rave music as a whole – Final Frontier, after all, was run by the promoters of the Universe mega-raves, and the people dancing to Mills were a proper mixed bag of ravers, rather than “techno heads” as such.

The point to all of this – yes, there is one, honestly – is that whenever we get these periodic waves of “dark” or “industrial” dance music, it’s well worth remembering that gritty, grotty, distorted sound – when it’s pumped repetitively through a club system – is about direct, instant pleasure as much as it is about macho endurance tests, dystopian atmospheres, pseudo-goth decaying decadence or anything else. And we seem to be going through a real purple patch for tunes that hit in that same rugged, physical fashion: the Sd Laika and Untold albums, vast torrents of stuff coming out of Bristol – especially Livity Sound and Pinch’s CO.LD compilation, and now this album, from an Irish producer on a consistently great Berlin acid house / techno label, which is basically a bit of a classic.

Like the Sd Laika, Pinch and co, this is not quite techno as such, and nor is it dubstep, grime or neo-jungle, though it’s heavily influenced by all those things: it covers quite a gamut of tempi and rhythm patterns. There’s a whiff of Burial here and there too, particularly in the ticking woodblocks of ‘Forest’ and the far-distant techstep snarl of the title track, but unlike 99.9% of things influenced by Burial, that influence is not the most immediately apparent thing about the tracks. What is immediately apparent – and more so the higher the volume you play it at – is that this is pleasure-seekers music. It’s a sensual, enveloping musical sauna; it tickles and prods and massages you; it gets you right there.

Alright, some of it is quite dark. The straight four-to-the-floor techno groove of ‘Crackts’ has detuned see-sawing synth tones purpose placed to put you on edge, and ‘Rising 3’ does something similar with a CeCe Rogers vocal snippet over a slurred, slo-mo jungle beat that sounds like Special Request tumbling down a k-hole. But elsewhere, even when every single sound has its edges made rough and ragged, even on a track like the opener ‘SU Riddim’ is all jagged dancehall drums and sinister drones, it’s exhilarating, not disturbing. And there are a whole lot of bits, like the super-slow techno grooves of ‘Rainmaker’ and ‘Squink’, and even the intensely rasping ‘Shell of Dark’, where it can leave you breathless with the textural lushness of it all. Like those amazing granite sounds of early ’90s Jeff Mills, it’s full of electronic noise that’s just a little bit more palpably there than most other music, and all the more exciting for it.