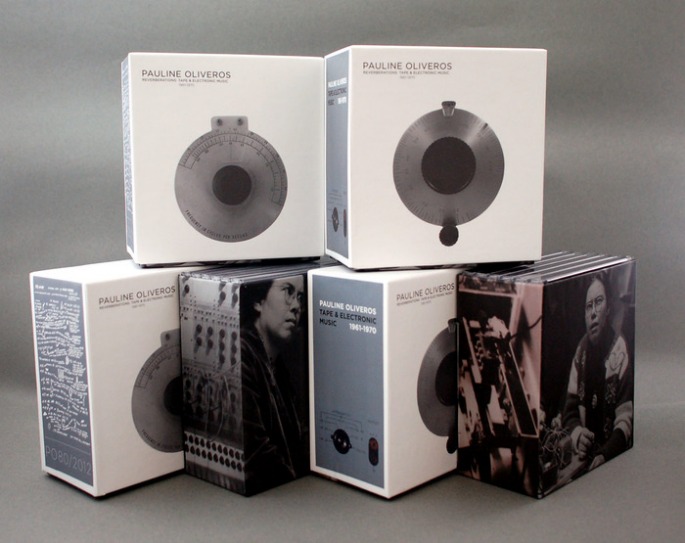 With sealed box sets currently listed on Discogs for over $400, the label has launched a Kickstarter campaign to raise $16,000 with the aim of getting Reverberations re-pressed in time for the Deep Listening Conference at the Experimental Media and Performing Arts Center (EMPAC) in Troy, New York, this July.

Backers pledging $100 will receive a box set delivered to their door, while for $150 it comes signed by Oliveros herself. Other rewards are available for lower price points, including signed posters, stickers and a fetching Reverberations t-shirt.

The campaign launched yesterday and has already attracted over $6,000, so while it’s no Caustic Window blockbuster, the prognosis is good. [via The Wire]