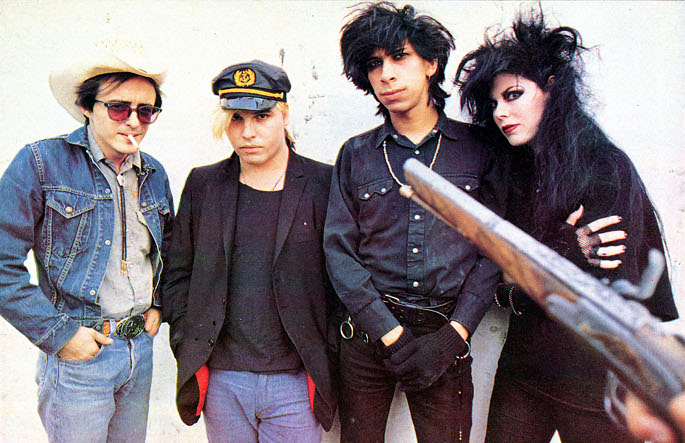 Superior Viaduct were all over our best reissues of 2013 list, giving welcome second chances to albums from Martin Rev, Eduard Artemiev and Craig Leon (the last of which deservedly snatched the #1 spot). As ever, their workrate remains pretty formidable, and their plans for the next few months will be led by a banner reissue of The Gun Club’s first album.

Helmed by Blondie fanatic and notorious hell raiser Jeffrey Lee Pierce, The Gun Club specialised in scuffed-up punkabilly – bluesy in sensibility, but goosed up by some of the lighting-in-a-bottle charge of the early 1980s US punk scene. 1981 debut Fire of Love – their last record with bassist/guitarist Rob Ritter – remains their best album. Superior Viaduct’s new CD release has been freshly remastered for the occasion, and will arrive on June 26.

In late July, the label will also put out Allez-Téia, the 1975 sophomore LP by French prog outfit Heldon. In contrast with later releases – notably 1977’s avant la lettre electro-rock LP Interface – Allez-Téia is a comparatively conventional affair, rooted in the Kosmiche sounds of the period with some pantomimic prog flourishes. Also on the cards is A Minute To Pray, A Second To Die – the furiously cult 1981 sophomore LP from schlocky L.A. punks The Flesh Eaters, making its first vinyl reissue appearance – and Brigitte Fontaine’s self-titled 1972 LP.

Head to Superior Viaduct’s webspot to find out more.