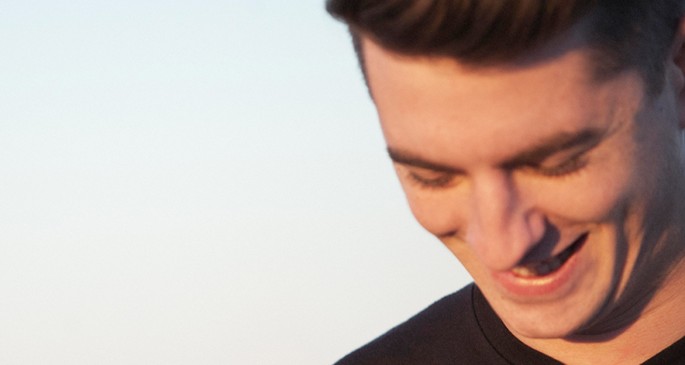 Oliver Jones is one of the UK’s most lauded producers, and as Skream he’s helped shape the direction of dance music over the last decade.

Now he’s setting his sights on greener pastures with brand new label Of Unsound Mind, so we decided to ask him about what exactly we could expect from the imprint, and what led him to bring Disfigured Dubz (his last label venture) to a close back in November.

The inaugural release is an EP from ex-Grown Folk man Motions and it’s out on June 23 on vinyl and digital – you can stream it in full below.

Tell us about the new label. What’s it called, what’s the first release?

The new label is called Of Unsound Mind and the first release is by an artist called Motions who is amazing! You may know him from his releases on Bodyhigh. He also used to be one half of the production duo Grown Folk.

Why did you stop Disfigured Dubz? That Echo Park album seemed like quite a labour of love, did it feel like an appropriate last release?

The label just come to an end I felt that with my change in direction I needed a fresh start and platform. The Echo Park release was definitely an appropriate last release as I felt it showed people my tastes were changing.

Do you have a particular aesthetic, or set of parameters in mind with the new label? Like a set of rules for it? Or is it just gonna be releasing good music that, for whatever reason, catches your ear?

The first few release are definitely very deep, colourful, melodic tracks. There isn’t a particular guideline as of yet, just stuff I’m really feeling and artists I feel people need to know about. For example I’m gonna be releasing tracks by a girl from Mumbai called Sandunes who I met at a show whilst I was out there. She’s great, her music is kind of ultra melodic UKG, she’s also someone I’m very very excited about!

Are there any particular labels you’re taking inspiration from?

At the moment I guess it would be safe to say labels like Culprit or Life and Death where melody is definitely the leading factor.

What else have you got in the pipeline, music/release wise?

I’ve just got back in the studio and am just working on being there again. Feels like it’s been a while since I’ve had a constant studio space and my new one is amazing!

I just did an old school organ house kind of mix of Nice7’s ‘Get Physical’, not sure whats happening with it but hopefully it will be out on Defected at some point.